Antoine Ouilmette [Wilmette] was a French-Canadian fur trader and early resident of Fort Dearborn [Chicago]. As an agent for the American Fur Company, Ouilmette move to the area in 1790 and worked for well-known trader John Kinzie. Here he married Archange Chevalier in 1796, daughter of Francois and Marianne-Chopa. The couple had eight children. Due to Archange’s Potawatomi heritage and prominent family, the couple did not have to flee the area during the Battle of Fort Dearborn and War of 1812. After the War, Antoine was the only non-Native resident of the area. In addition to trade, Ouilmette worked as farmer and guide. He established farms in Wisconsin, regularly conducting business in Milwaukee and Canada. Antoine was known as a “progressive, energetic man of good business and ability…”

In 1833, he was involved in the negotiations surrounding the Treaty of Chicago that initiated the removal of Potawatomi from the Great Lakes and established reserves in Missouri and Iowa. Five years later, Antoine and his family emigrated to the Potawatomi reserve at Council Bluffs, Iowa.

Keating, Ann Durkin. 2012. Rising Up from Indian Country: The Battle of Fort Dearborn and the Birth of Chicago

Chjcago in 1812 by Alfred Theodore Andreas. 1884
Courtesy: The Newberry Library 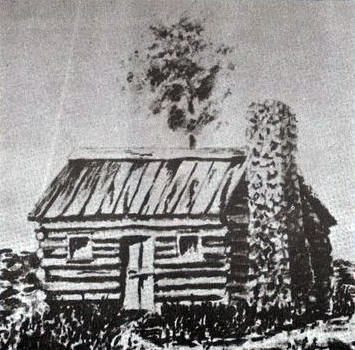