With the United States and Great Britain on the brink of a second war, tensions between Northwestern tribes and settlers reached an impasse. Angered by their defeat at Tippecanoe, Tecumseh, Main Poc and their Native confederacy increased assaults on settlers in Illinois, Indiana and Ohio, forcing many to sell their homesteads and flee the Territory. All attempts by the U.S. to halt hostilities with peace negotiations were futile as the confederacy secured their alliance with Great Britain and planned for war. When war was declared, a simultaneous preemptive strike on all major U.S. forts was set into action.

Heath, William. 2015. William Wells and the Struggle for the Old Northwest 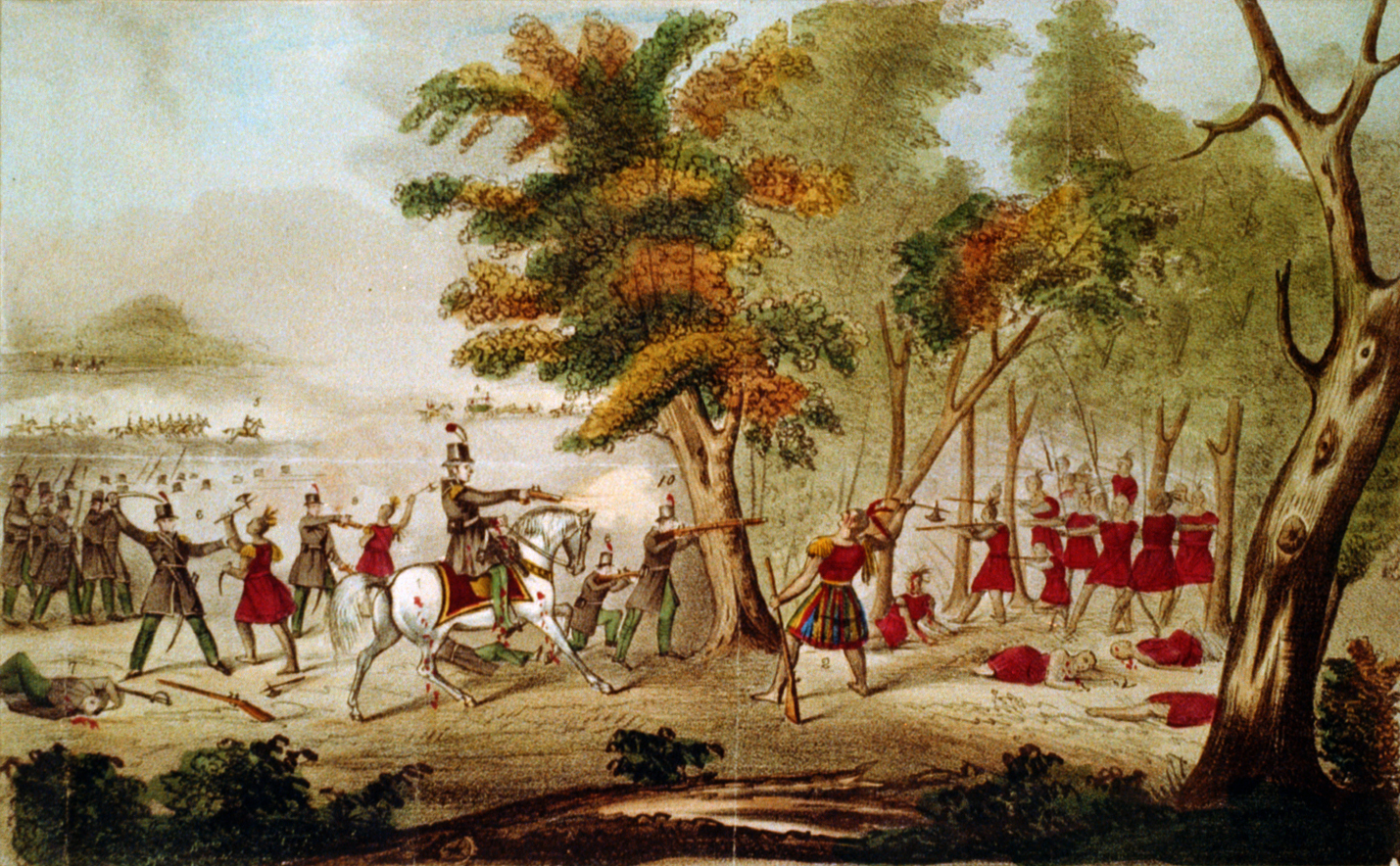 Battle of the Thames and the death of Tecumseh by William Emmons. 1833
Courtesy: U.S. Library of Congress