The Tribal leaders and Ashkum appealed the treaties to federal agents, stating that they did not agree to cede more land and that the president would not approve. Sadly, their pleas fell on deaf ears. In 1838, hundreds of Potawatomi, including Ashkum, were forced to leave their homelands on the Trail of Death.
English artist George Winter captured sketches of Potawatomi like Ashkum and other Native Americans living in the Great Lakes region, and he chronicled the beginning of the Trail of Death through his artwork. Winter’s sketches remain the only known first-hand visual representation of any forced removal.

The Acton children experienced a time of great change and upheaval. While their parents survived forced relocation, the Kansas reservation along the Oregon and California Trails made it desirable to developers. To open the Potawatomi land for commerce and the railroad, the federal government crafted the Treaty of 1861 that allowed the Tribe an opportunity to own land individually through allotments rather than communally. The treaty offered Tribal members the chance to become U.S. citizens, and numerous Acton family members chose to receive allotments.

Several of Ashkum’s children married other Potawatomi, including daughter Mary Ann. She wed Wezo Burnett, and after her passing, he married her sister Susan. Together they had two children, Cora and Agnes.

John J.’s first wife was Pekeshnoquah and second, Mary Vasser. Harrison and his wife Mary had one daughter, Madeline, and Cassie and her husband Alex Leonard had two daughters, Lucretia and Lizzie.

Zora had three children with Evanes Doud: Grace, Leroy and Ernest. Mary Louise married Cornelius O’Marra, and they had four kids together: James, Patrick, Katie and John. Mary Louise’s twin sister Julia had three children with her husband: George, Maggie and Laura Davis.
The allotment process proved unsuccessful for most Potawatomi due to multiple factors, including the federal government’s failure to uphold all the treaty’s agreements. In 1867, the Tribe signed a new treaty and purchased land in present-day Oklahoma. Numerous Acton descendants moved from Kansas to the new reservation and established homesteads in southern Pottawatomie County near Sacred Heart where many still live today. 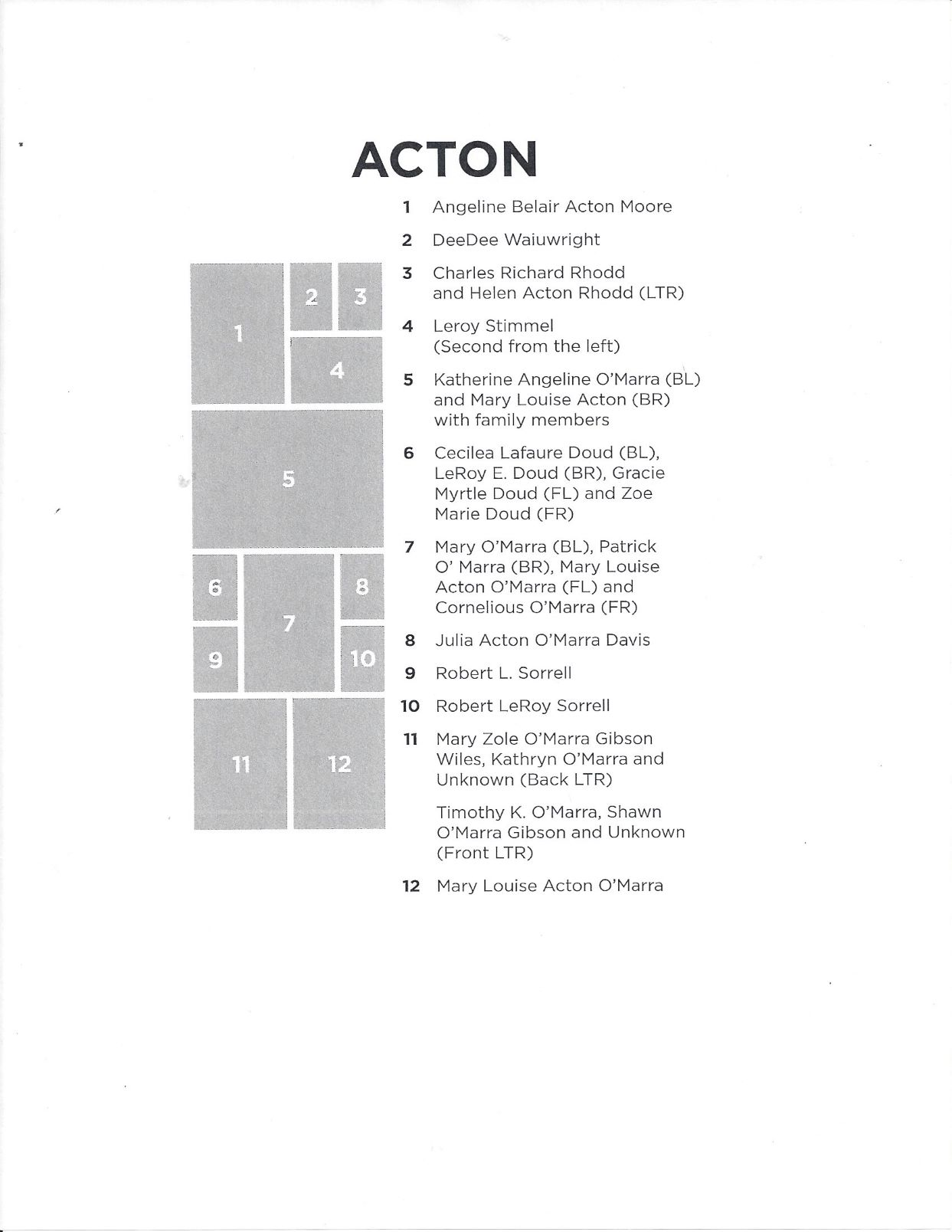