Like many French-Canadian settlers with ties to the Potawatomi, the Brunos were once successful fur traders and trappers. Anthony Bruneau was the son of a French settler and an unknown Blackfoot woman from around Browning, Montana. Anthony was born in Canada, and family records indicate the Potawatomi may have adopted him.

John Baptiste married Mary Rhodd, the daughter of Charles H. Rhodd who had strong relations to the Great Lakes region.

Mary’s father, Charles H., grew up in the Saginaw area of Michigan, northwest of present-day Detroit. His name appears on a land buyer roster in Saginaw County in 1835. Records show Charles H. allied with Ojibwa chief Naw-Qwa-Chic-A-Ming (Middle of the Lake), and he traveled with him to Washington D.C. to serve as an interpreter during land sale negotiations after the Indian Removal Act’s passage in 1830. Charles H.’s name appears on several treaties, including the 1837 Treaty with the Chippewa signed on Jan. 14, 1837.

Along with serving as an interpreter, Charles H. also worked at a merchant and trader. Some believe his business inspired his move from Michigan to Iowa. In 1840, he married a Potawatomi woman named Waschowin. She was born in Illinois and among those forcibly removed from there to present-day Iowa as a child.

While living near Council Bluffs, Iowa, Charles and Waschowin had their oldest, David, in 1841, followed by Alexander in 1843. Through the Treaty of 1848, all Potawatomi west of the Mississippi River moved to a new reservation in northeast Kansas. There, Waschowin and Charles had three more children: Mary in 1848-1849, Charles Richard in 1854 and Elizabeth in 1858.

Alexander received one of the first tracts of allotted land in present-day Oklahoma, and he served on the Tribe’s business committee. Alexander also became the guardian of Charles Richard after their parents’ death.

Charles kept books for the Tribe for many years and served on the 1895-96 business committee. He was an acknowledged expert in herbal medicines and had a vast knowledge of roots, herbs and treatments for various diseases.

The youngest child, Elizabeth “Lizzie” Rhodd, married Thomas “Bud” Hardin, the son of Margaret Lafromboise and John Hardin. They had no children.

John Baptiste Bruno drove mules for the U.S. Army and served as a business committee member for the Citizen Potawatomi in 1891.

“Johnnie loved to dress up and was probably decked out in suit, tie and a small, snap brim hat. On the day of the wedding, and all dressed up in their wedding clothes, they set out in a borrowed Model T Ford to find the Justice of the Peace. They went to Konawa and found him at the jail. He said he would be happy to marry them, but they would need witnesses. They had been in such a hurry that they didn’t take the time to round up at least two witnesses. The Justice of the Peace said that there were plenty of witnesses in the lock up and they would do. The jail was one big room with the cells on one end. The prisoners were also the only wedding guests they had. They were married and went away for a day at an undisclosed location,” the article said.

In a video created by Moses and Francis’s descendants in the late 1990s regarding the loss of the Moses Bruno family allotment, their great-grandson Johnny Flynn said, “What we want to do is find the center of this family again. We’re scattered from North Carolina all the way to California, over 250 members — living descendants of Mose and Francis Bruno.”

Time Magazine published A Trust Betrayed? in 2004 concerning the acreage. The article said an oil well began operating on the allotment in 1939, and all the payments went directly to the Bureau of Indian Affairs. Moses had to appeal to the BIA to purchase cattle, groceries and more, and the oil production made it difficult to use the land for farming and ranching.

According to Time Magazine, “Family members say Moses Bruno was never allowed to see his oil and gas account ledgers. It might not have done him much good if he had been, given that, like many Indians of his generation, he had never learned to read and could write only his name. When his eldest son Johnnie argued that the government was robbing him blind, the older man insisted that the Indian-agency people would never cheat him.”

Determined to find information, several Brunos visited a regional holding of the National Archives in Fort Worth, Texas. There, they found a BIA file containing ledgers tied to Moses. The paperwork revealed the money posted to his account did not equal the BIA’s deposit sheets.

“The family estimates that Moses Bruno earned a total of $35,000 from his oil and gas leases. The production figures the descendants unearthed, on just one well on the land that was sold in 1933, amount to almost $70 million,” the article continued.

Moses passed away in 1960, and his grave is in the Sacred Heart Cemetery. His descendants have hired lawyers to pursue repatriation for the mismanagement the family experienced. 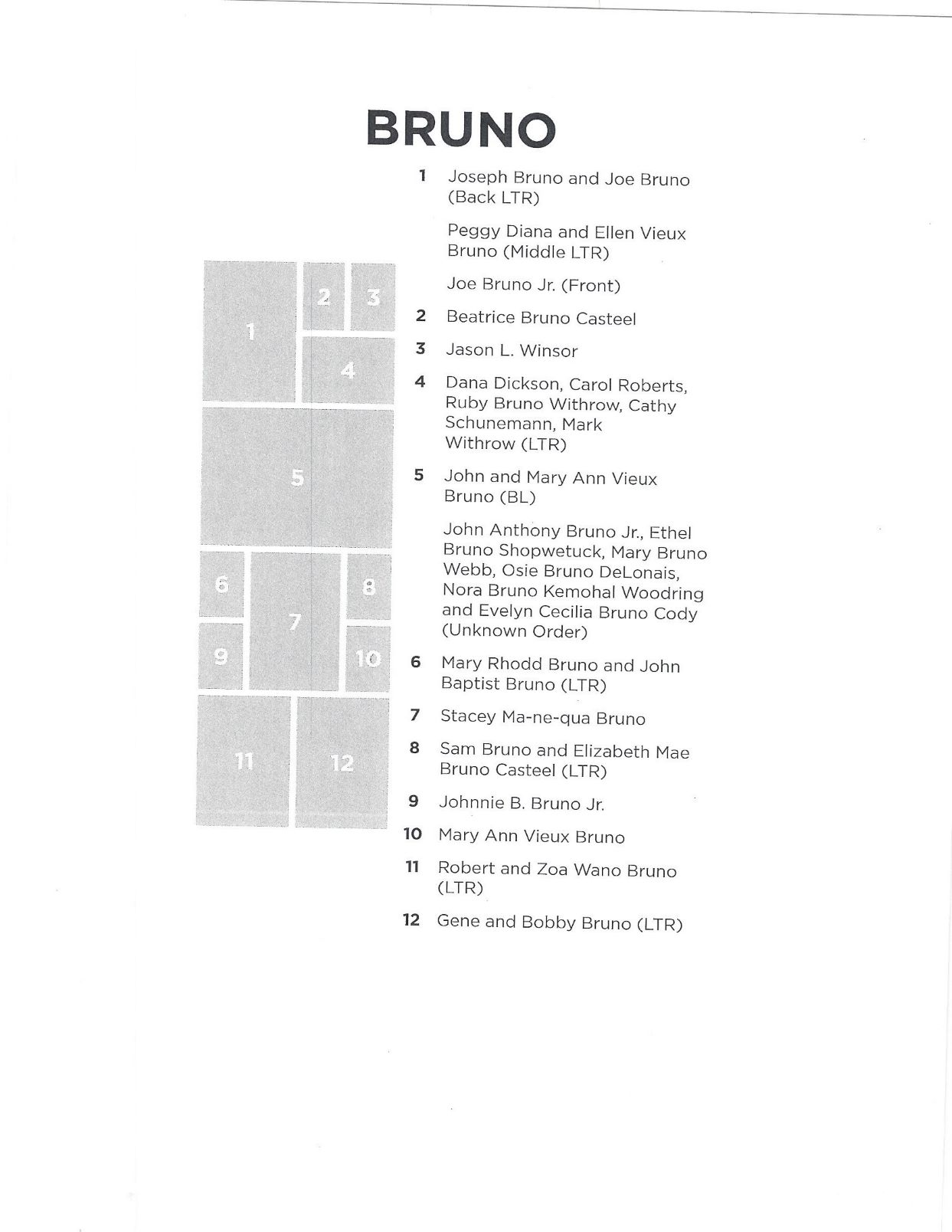