Jon Boursaw is a native of Kansas and a descendant of the Bourassa and Ogee families. His Potawatomi name is Wetase Mkoh, meaning, “Brave Bear.” He has served as the legislator for District 4 since June 2013, when he beat incumbent Theresa Adame to represent Tribal members of Kansas.

Jon is a descendent of two early Potawatomi leaders: Joseph Napoleon Bourassa and Lewis Ogee. Jon was born and educated in Topeka, Kansas. He attended Highland Park Central Elementary and Junior High Schools, graduating from Highland Park High School in 1957. He was inducted into the Highland Park High School Wall of Fame in 2018. Following graduation, he attended and graduated from Washburn University in 1961. While at Washburn University, he was involved in the Kappa Sigma Fraternity where he served as Chapter Treasurer, and Delta Sigma Pi, an honorary business fraternity, where he served as the Chapter Secretary. He was the AFROTC Drill Team Commander his junior year; an AFROTC Distinguished Military Student his senior year, and graduated with a bachelor’s of business administration degree and a commission as a Second Lieutenant in the United States Air Force.

Jon served over 24 years in the United States Air Force before retiring as Colonel in 1986. During his tenure with the Air Force, he served over eight and half years outside the United States, which include serving as a squadron commander in Northern Thailand during the Vietnam War and a base commander in Northern ltaly. While serving in the Air Force, he graduated from the Squadron Officers School, Academic Instructors School, Air Command and Staff College and the Air War College. His military decorations include the Legion of Merit, Defense Meritorious Medal, Meritorious Medal with oak leaf cluster, Air Force Commendation Medal with oak leaf cluster, National Defense Medal, Vietnam Service Medal with three Bronze Starts, and the Republic of Vietnam Campaign Medal.

Following retirement from Air Force, he worked for health care management organizations for 13 years, which included two years as executive director of the Foundation for Medical Care for San Bernardino County, California, eight years with Aetna Government Health Plans in San Diego, California, attainting the position of assistant vice president, and three years as the director of TRlCARE operations for PHP Healthcare in Reston, Virginia. Jon returned to Topeka in 1999 to serve as the executive director for the Prairie Band Potawatomi Nation. In that role, he oversaw 32 tribal programs, including the tribal police, fire/emergency medical services, human resources, housing, social services, road and bridge, elder program, education, and construction management to name a few. He retired after six and a half years. ln April 2006, he was invited to become the director of the Citizen Potawatomi Nation Cultural Heritage Center in Shawnee, Oklahoma, serving for two and half years. While in that position, he was instrumental in the design and construction of the Tribal Veterans Wall of Honor in the Cultural Heritage Center. He was also one of the founding members of the Citizen Potawatomi Veterans Organization. He said he finally retired in November 2008, returning again to Topeka with his wife Peggy.

However, Jon stayed involved in promoting the Potawatomi history by giving dozens of his Citizen Potawatomi history presentation to schools, universities, historical societies, military organizations and civic groups. He was elected in June 2013 as one of the 16 legislative representatives for the Citizen Potawatomi Nation, representing the state of Kansas with over 2,800 Citizen Potawatomi Nation tribal members. His service to the Nation only increased after his election to legislature. A few of Jon’s accomplishments include the design and installation of a permanent display at the entrance to Burnett’s Mound in Topeka depicting the Nation’s history in the local area, participation in the updating of the Kansas 7th grade history textbook, and his involvement in a video in which he tells the history of the Nation and the Potawatomi Baptist Training Mission in Topeka. Jon has participated twice in the Potawatomi Trail of Death Caravan from Twin Lakes, Indiana, to Sugar Creek in Linn County, Kansas. He has been a member of the Citizen Potawatomi Color Guard since 2000 as the bearer of the US flag in various Grand Entries and parades. Jon has had the honor of giving over 100 Tribal members their Potawatomi names.

Over the years, he has been a dedicated individual, serving with several organizations such as the Kansas State Historical Foundation Board of Directors, Shawnee County Historical Society Board of Trustees, Combat Air Museum Board of Directors, Military Order of the World Wars, Air Force Association, Military Officers of America Association, American Legion Post 410, Citizen Potawatomi Nation Veterans Organization and the Pottawatomie County (OK) Historical Society Board of Directors. For his contributions, Jon has received several civic awards including the Martin Luther King Lifetime Achievement Award from the Living the Dream Foundation, the Silver Patrick Henry Award from the Military Order of the World Wars and the Champion of Character Recognition by the Kansas Character Recognition Council of Topeka.

Jon is married to Peggy Goad, originally from Beltsville, Maryland. They have two children, son Drew who lives in Topsham, Maine, with his wife Christina, son Jordan and two daughters, Bryant and Sidney; and daughter Kristen Benvenuto who lives in Oceanside, California, with her husband Todd and son Ryan. 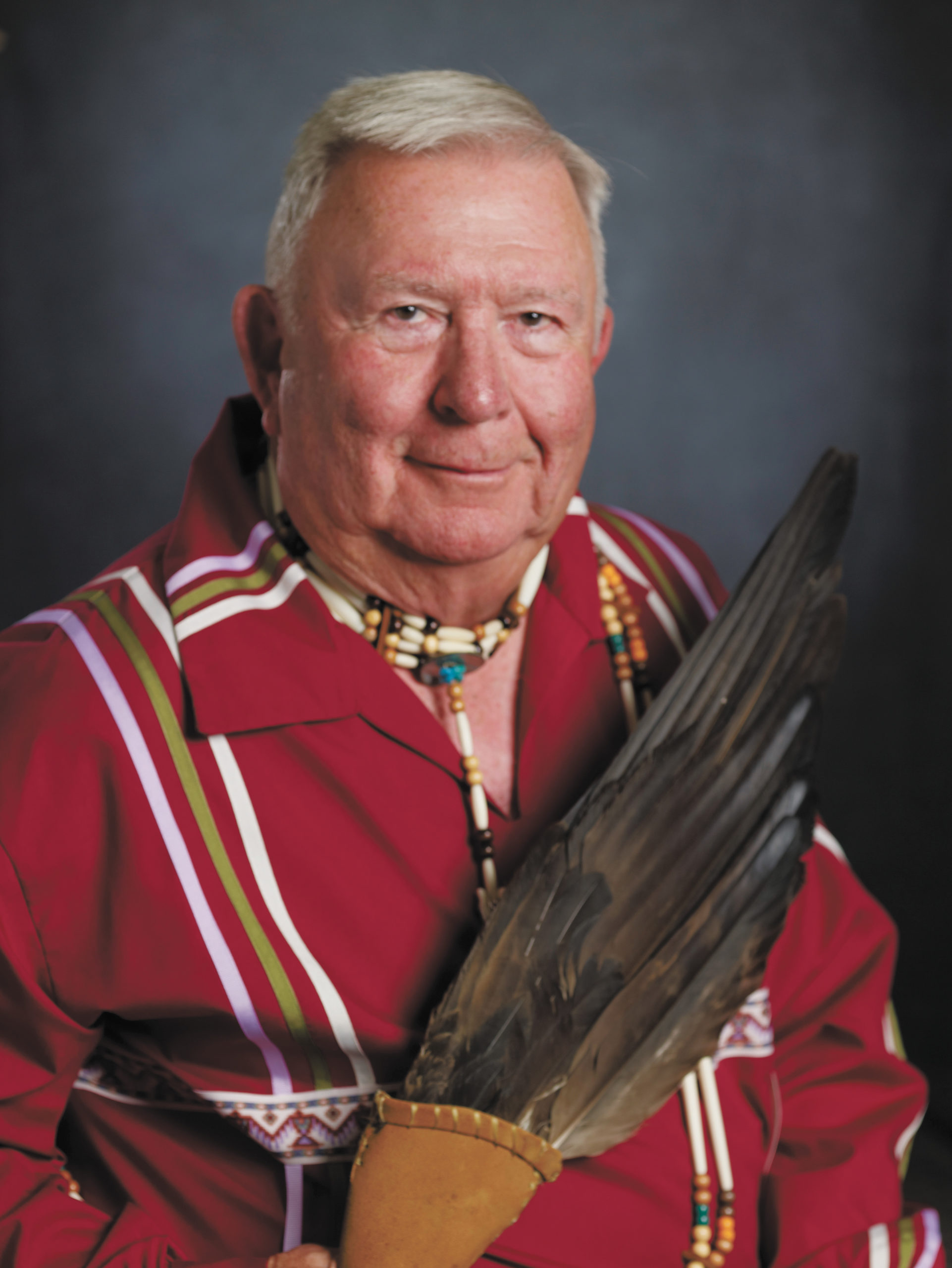