In early September 1838, General John Tipton called for a council of Potawatomi leaders at Menominee’s village near Twin Lakes in Indiana to discuss the issue of removal. In reality, the General had no intention of talking about removal. He had been assigned the task of removing Indiana’s remaining Potawatomi population by Governor David Wallace who believed the Potawatomi couldn’t live alongside a more “civilized” American population. The Potawatomi were leaving Indiana whether they wanted to or not.

On the morning of September 4, 1838, a band of 859 Potawatomi, with their leaders shackled and restrained in the back of a wagon, set out on a forced march from their homeland in northern Indiana for a small reserve in present-day Kansas. To minimize the temptation for the Potawatomi to try to escape and return home, militia members burned both fields and houses as the dejected members of the wagon train departed.

The journey was a 660-mile trek for which the Potawatomi were not prepared and through terrain to which they were not accustomed. The heat was oppressive and water was often scarce. They had only a few hundred horses to carry people and supplies, and promised additional wagons did not arrive before their departure; so, even the weak and elderly were forced to walk. The pace and conditions of the march debilitated the health of travelers. A day rarely passed that a member of the party did not die, usually a child, forcing their bereft and exhausted families to leave the bodies behind in hastily dug graves. In the end, more than forty people died during what the Potawatomi came to call the Trail of Death.

Polke, William. 1925. Journal Of An Emigrating Party Of Pottawattomie Indians

Smith, Dwight L. 1948. A Continuation of the Journal of an Emigrating Party of Potawatomi Indians, 1838, and Ten William Polke Manuscripts 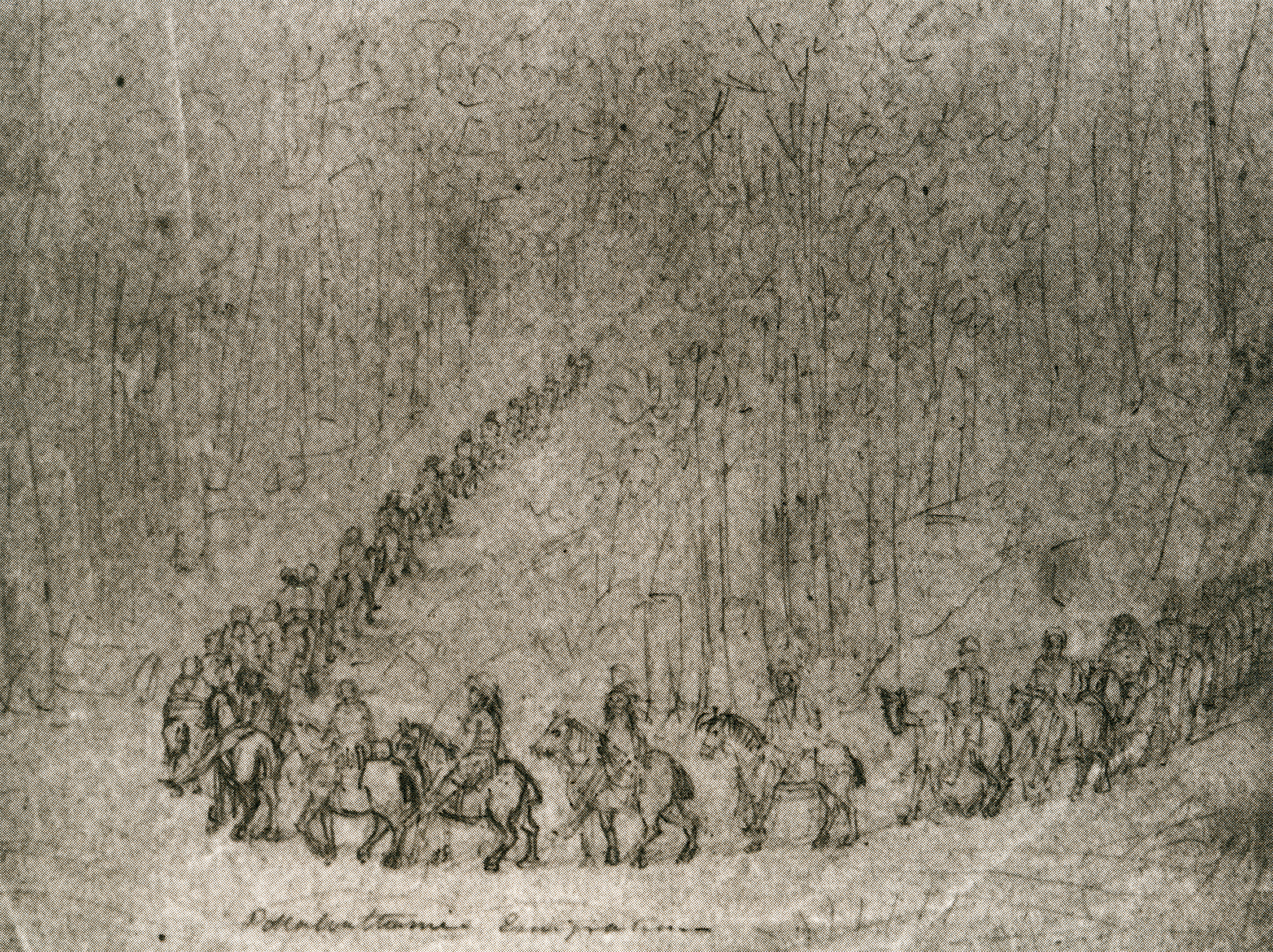