Bobbi Bowden is a native of Choctaw, Oklahoma, and descendant of the Trombla Family. She carries on the name Pkuhshnoqua, given to her great-great-grandmother Rozetta Trombla

Bowden has served as the legislator for District 13 since June 2008, since the CPN constitution was ratified in 2007 to include representation for the entire United States. Prior to that, she served for one year on the CPN Business Committee.

After graduating from Choctaw High School, she attended Rose State College and the University of Oklahoma, working towards a degree in finance. Bowden also received her Interior Design Certification from New York Institute of Art Design in 2013, and she is also a licensed realtor in the state of Oklahoma.

After over 25 years in the banking and title industry, she started an interior design business, Dash Design, working with residential and commercial construction as well as selling real estate. 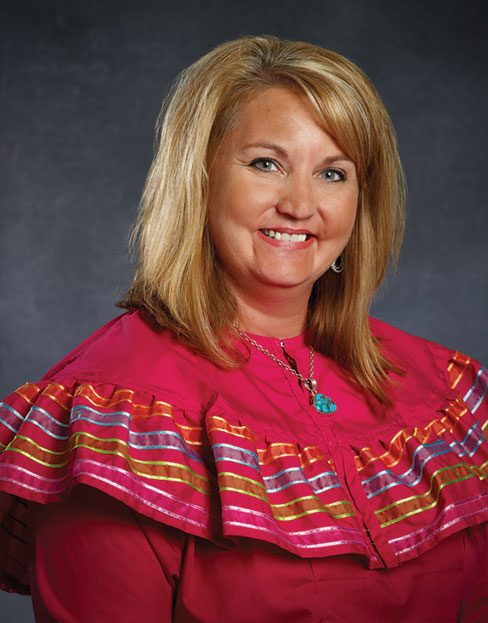