As Vice-Chairman of Citizen Potawatomi Nation, Linda Capps holds the second-highest elected position in the Tribal government. Vice-Chairman Capps received a Bachelor of Arts in Education from the University of Science and Arts of Oklahoma in 1975. She also attained her Master of Science in Education from the University of Central Oklahoma in 1986. In 2014, she was awarded an Honorary Doctorate in Humanities from Oklahoma Baptist University.

From 1976-1984, she worked as a high school business teacher and Indian Education Director at Dover Public Schools and Tecumseh Public Schools, respectively. From 1987 to 1997, she served as a government contracting specialist with the Oklahoma Bid Assistance Program before joining Gordon Cooper Technology Center as an adult education instructor.

Since 1998, she has worked full time at Citizen Potawatomi Nation in conjunction with her duties as Vice-Chairman, having been an elected official at the Nation since 1987. 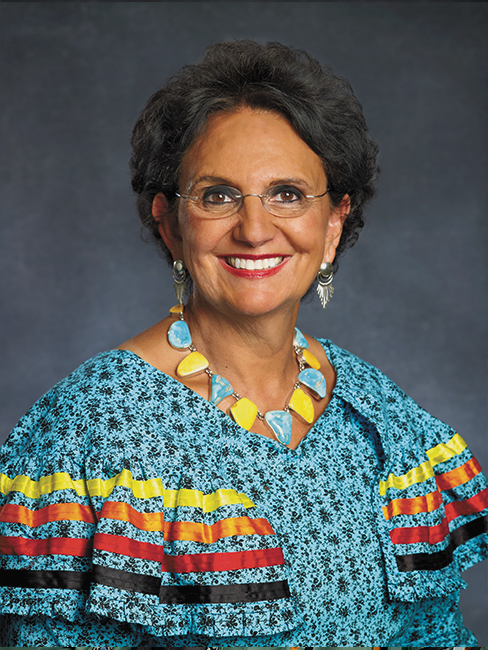