Until the mid-1800’s, the region later known as “Oklahoma” was called home by the Quapaw, Caddo, Osage, Waco, Apache, Kiowa, and Comanche peoples, among others. As the United States’ border shifted further west, greater numbers of settlers sought out more “unoccupied” lands in these region beyond America’s eastern boundary. Settlement by non-Indians was later stimulated through Abraham Lincoln’s 1862 Homestead Act, bringing fresh waves of settlers to Oklahoma Territory.

Yet, as available space surrounding reservation lands were harder to claim, the interests of these settlers would soon shift to “Indian Territory,” where the Choctaw, Cherokee, Creek, Chickasaw, and Seminole nations resided after the 1830 Indian Removal Act. By the middle of the 19th century, “Indian Territory” was becoming fastly populated by white settlers, once again encroached upon the lands of both removed and original Native inhabitants alike. The reservations of the nations composing “Indian Territory” were eventually allotted by the Dawes Commission between 1893 and 1900, finally granting access to non-Indian settlers.

Following the signing of the 1861 Treaty of the Kansas River Agency, which distinguished roughly 1,400 of the 2,170 Potawatomi in Kansas as “Citizen” Potawatomi, the newly minted band began relocating to Oklahoma to claim lands purchased through the treaty. However, by time of the 1887 Dawes Act, the land runs of 1889 through 1895, and the 1890 Oklahoma Organic Act, which simultaneously dissolved tribal governments and sketched out the boundaries of Oklahoma territory, CPN members once again observed the loss of their land at the hands of settlers. By 1906, the Oklahoma Enabling Act passed by congress initiated the process of statehood, allowing the State of Oklahoma to be formally admitted into the Union on November 16th, 1907. 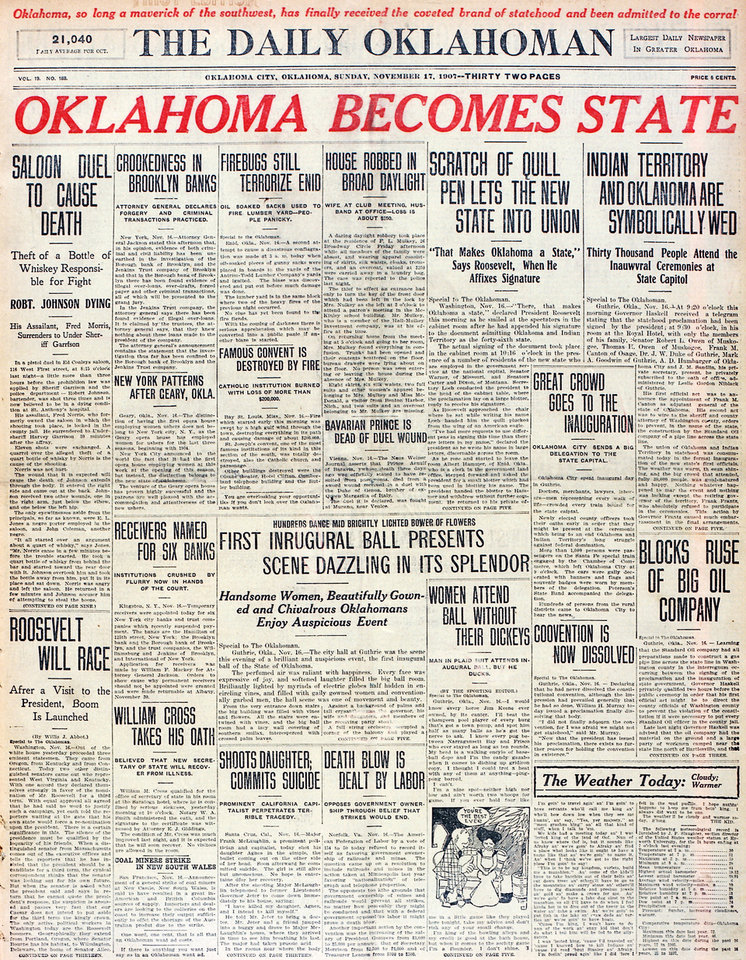