Kawkawkay was a headman among the Indiana Potawatomi. For reasons unknown, his position as a leader and role within tribal councils had been dismissed by 1837. When asked if he was a chief his reply was, “I once was, but now I am a dog.” Records suggest that Kawkawkay was neutral on the terms of removal west and his name can be found among the treaties made between the United States and Indiana Potawatomi. In 1838 he was forced to leave his land and move west on the Trail of Death.

Kar-kar-kay was a fine old and venerable Indian chief…. No Indian so much impressed me as he did, being more the embodiment of the physical character of the Indian that I had read of and, too, seen through…imagination…. His costume was free from tawdry pretensions. His pes-mo-kin [shirt] was red, without any figure or ornamental display…. He wore his white blanket in his own peculiar manner. It was thrown around him in a way so that he could carry his venison and pe-quesh-kin [bread]. His head was adorned with a small shawl turbanlike, neatly tied, fitting close to the cranium, with a tuft of feathers fan fashioned and looming up from the back of his head…. The old chief’s hair was tinged with silver hues; it was not profuse…. The old man rested upon his long staff, which was a necessary prop to his somewhat enfeebled person…. The oldest aboriginal inhabitant of the forest never remembered seeing him mount a pony…. On the day of the emigration, the old patriarchal chief, leaning upon his staff, was observed…making time with those who were mounted…. His countenance…bore evidence of calm resolution…. 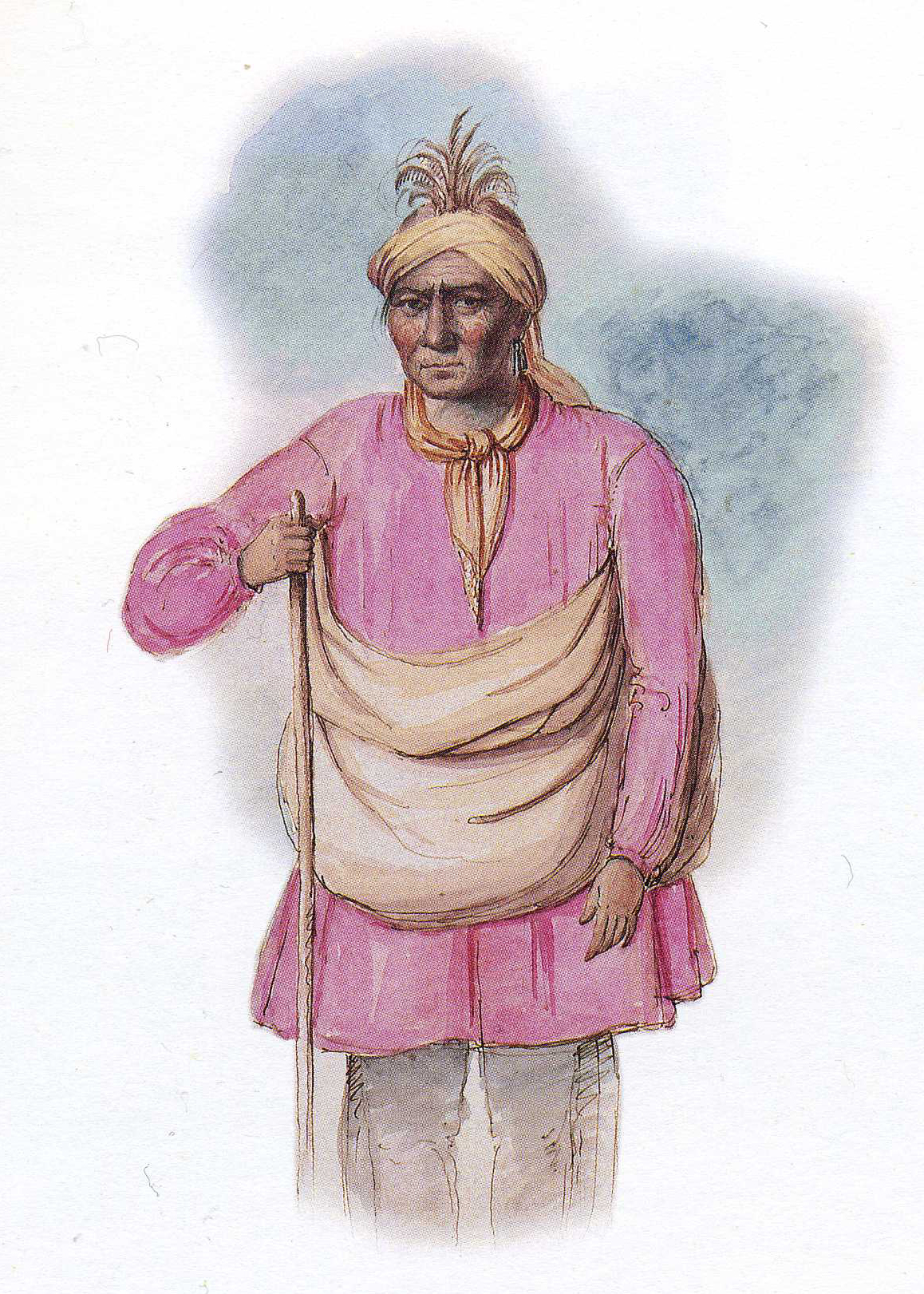