Paul Schmidlkofer is a native of Shawnee, Oklahoma and descendant of the Tescier and Greemore families on his grandmother’s side. He has served as the legislator for District 12 since June 2008, following the 2007 CPN constitution ratification to include representation for the entire United States.

As a military child, Schmidlkofer was born at Altus Air Force Base in Altus, Oklahoma, and lived in Texas, Minnesota and Florida before his father retired in Oklahoma. He was raised on a farm south of Shawnee and graduated from Tecumseh High School.

Throughout his career, he worked at Gordon Cooper Technology Center for more than two decades as a Pre-Engineering Academy instructor and Seagate Technologies as an associate mechanical design engineer for 14 years.

Schmidlkofer remembers his father, who served as chairman of the Tribe for three terms in the 1970s, taking him to General Council in his childhood. As an adult, Schmidlkofer served the Tribe first as a member of the grievance committee for five years as well as a member of the business committee. He ran for the District 12 seat for the first time in 2008 and has retained the seat since.

Schmidlkofer also served his larger community with a three decade-long relationship with the Boy Scouts of America. He became an Eagle Scout at the age of 14, learning with his brothers as a member of Troop 408. His son Bryan began participating in Boy Scouts as a child, and Schmidlkofer volunteered as a den leader and assistant scoutmaster. He also volunteered with the Canadian Valley District, a local chapter that serves much of CPN’s jurisdiction in Pottawatomie, Seminole, Hughes and Lincoln counties. In February 2018, they recognized his dedication with the Archie Miller Excellence in Scouting award. 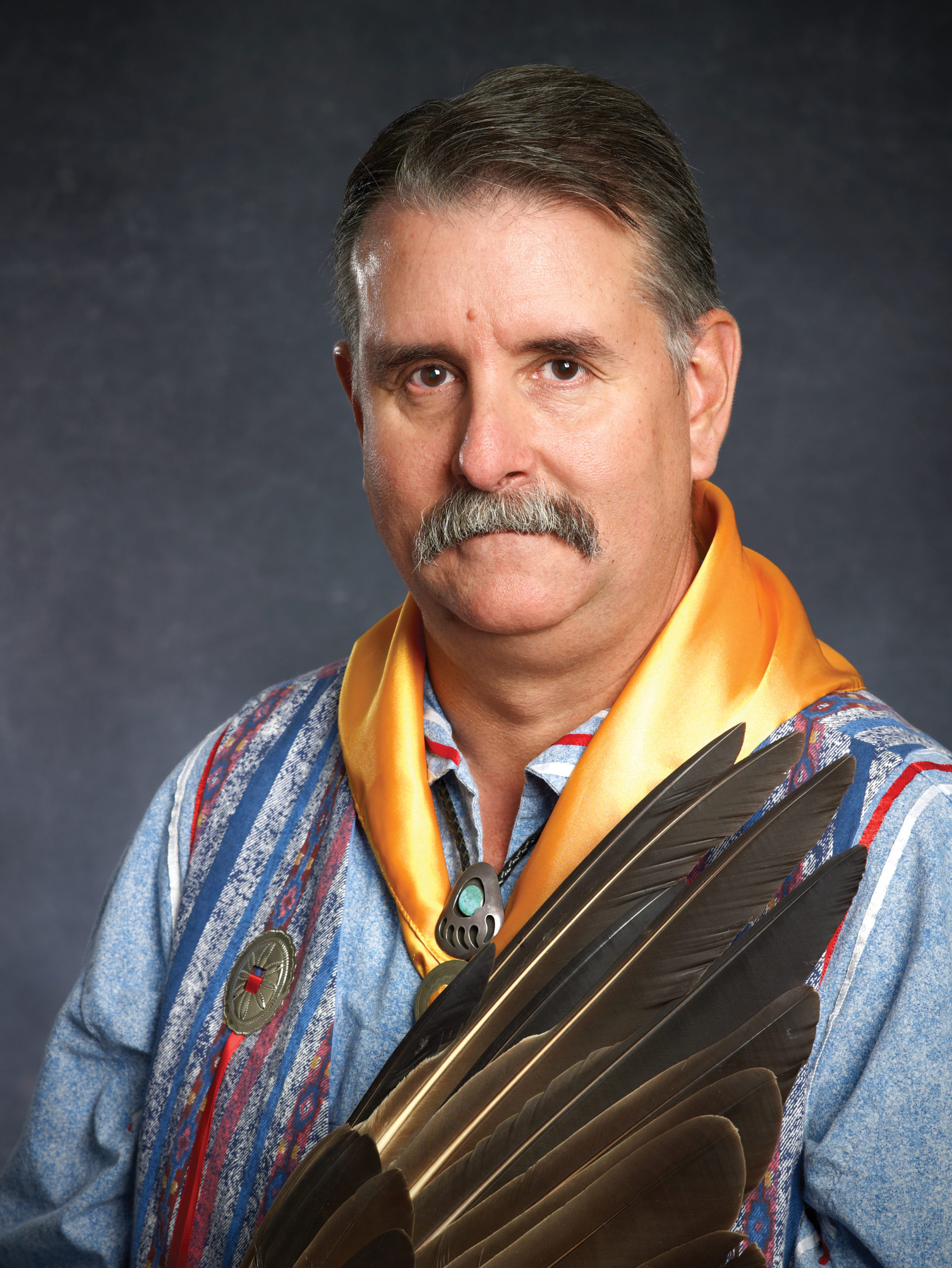