Metea was a highly celebrated warrior and leader among the Indiana and Illinois Potawatomi. His village, known as Meskwawasebyéton, was located near Fort Wayne, Indiana. As a warrior, Metea was instrumental in numerous campaigns against the encroaching Americans. He was an active leader during the War of 1812 and a valued ally to Shawnee leader Tecumseh. His reputation as a fierce warrior was made visible by numerous scars and a debilitated arm. While scouting U.S. General William Henry Harrison’s army as they marched to repel the siege of Fort Wayne, Metea’s arm was shattered by a sentry’s bullet. A debilitating injury, he transitioned from warfare to diplomacy, regularly serving as a principal orator and signatory at treaty negotiations. By way of treaty, Metea advocated for the education of the Potawatomi, helping establish a trust for students enrolled at the Choctaw Academy.

Recounting the story of how his arm was injured, Metea was asked why he saved his gun when escaping the area.

“I would rather have lost my life. Had I returned from the battle without my gun, I should have been disgraced; but if I had fallen with my face towards the enemy, my young men would have said that Metea died like a brave.” 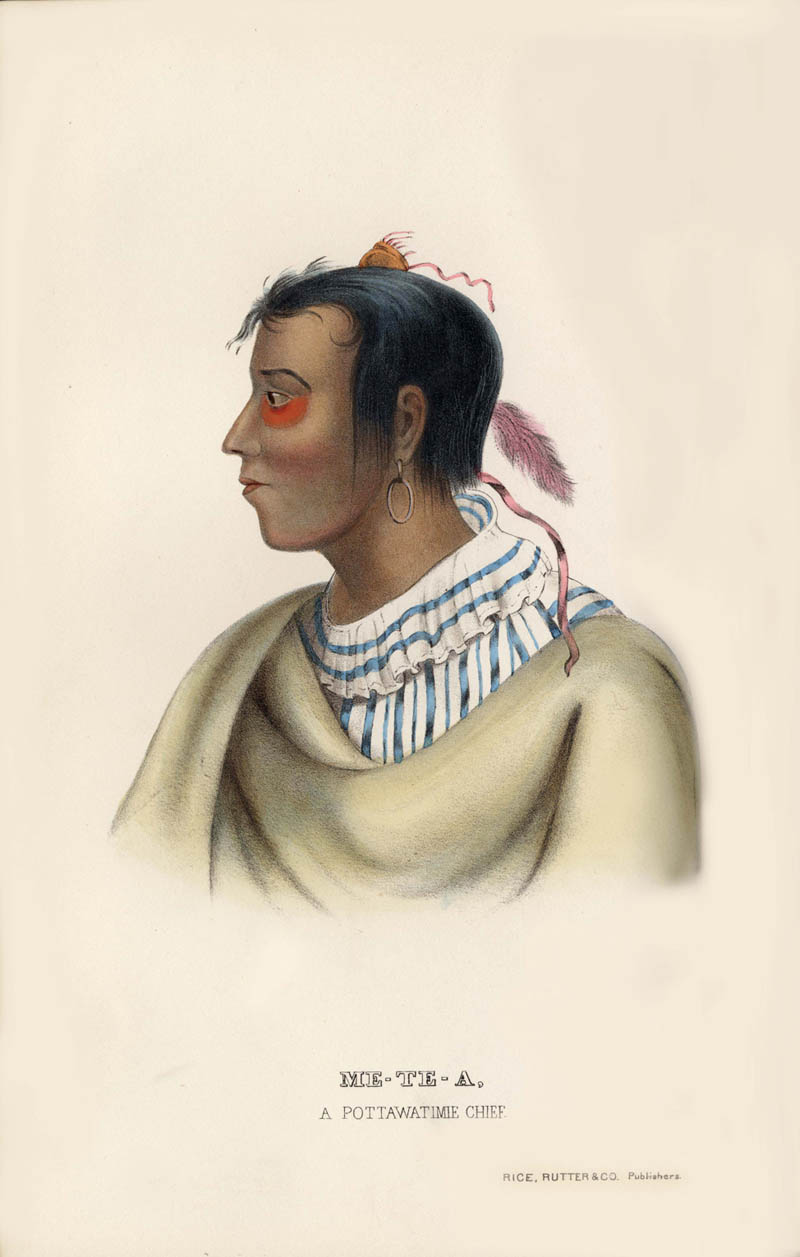