Battle of the Monongahela

The Battle of the Monongahela was one of the first major conflicts and victories for the Native-French alliance during the French and Indian War. It took place at the forks of the Allegheny and Ohio Rivers, near present-day Pittsburgh, Pennsylvania. It is said that a Potawatomi warrior dreamt and foresaw the battle. Using the dream as a battle plan, the French and Indian forces ambushed the British at dawn, defeating a young Virginia colonel named George Washington, and killing Major General Edward Braddock.

Dixon, David. 2014. Never Come to Peace Again: Pontiac’s Uprising and the Fate of the British Empire in North America 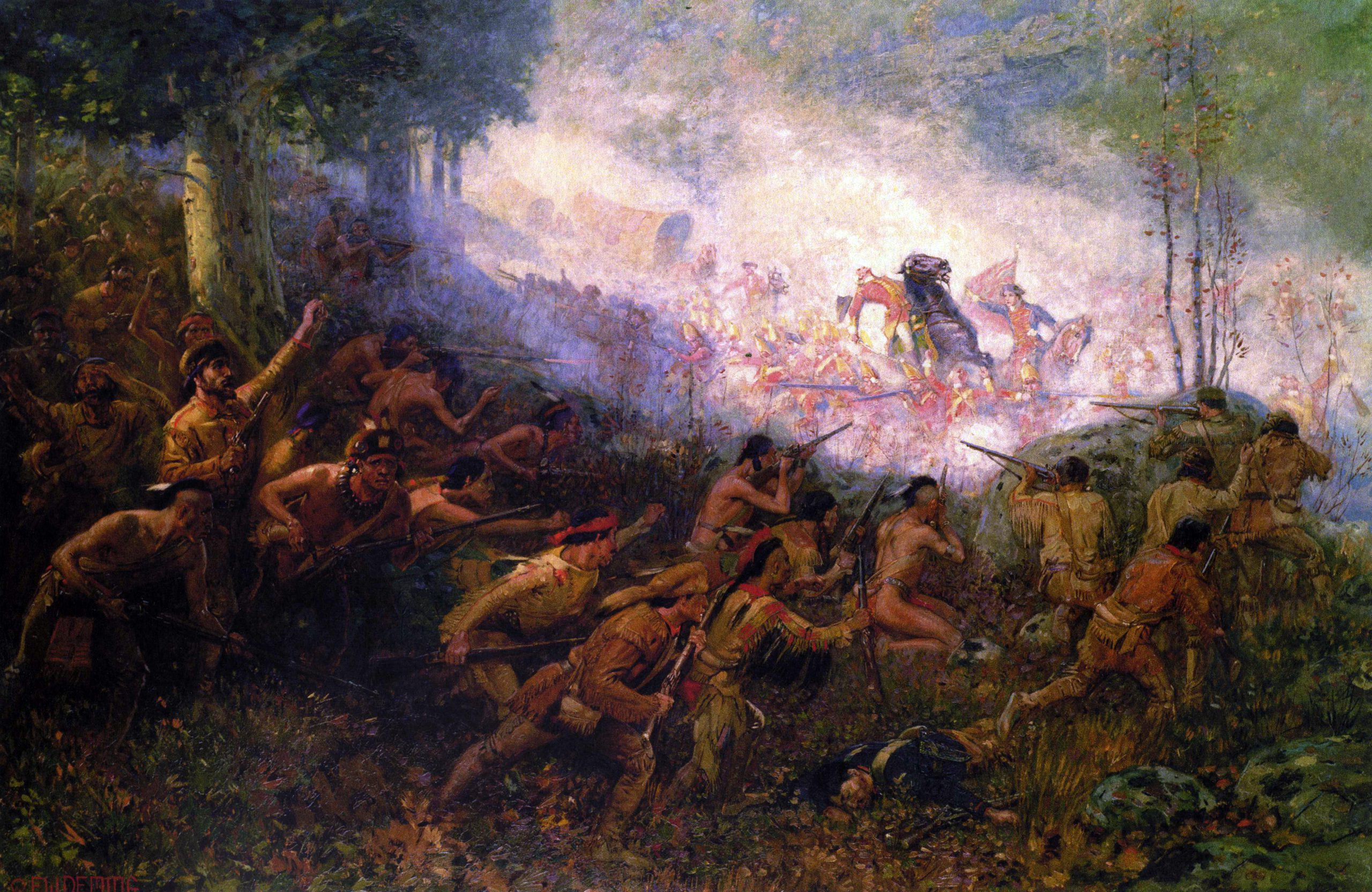 The Shooting of General Braddock at Fort Duquesne [Pittsburgh] by Edwin Willard Deming. 1755