The battle(s) of Frenchtown were a succession of conflicts, within the War of 1812, fought between the Native-British alliance and the United States. The first Battle of Frenchtown, fought on January 18, 1813, was a U.S. victory led by Lieutenant Colonel William Lewis.

Upon receiving the message that Frenchtown had been recaptured by the Americans, British Brigadier General Henry Proctor and a force of nearly 1,400 invaded Michigan Territory from Canada. In a surprise attack, the mix of army regulars, militia and Native allies moved into Frenchtown and captured the settlement on January 22, 1813. American casualties were high, and those who survived were taken prisoner for ransom. Those with wounds too severe were left at Frenchtown and killed by Native forces. Because of this, many still refer to this conflict as a massacre. 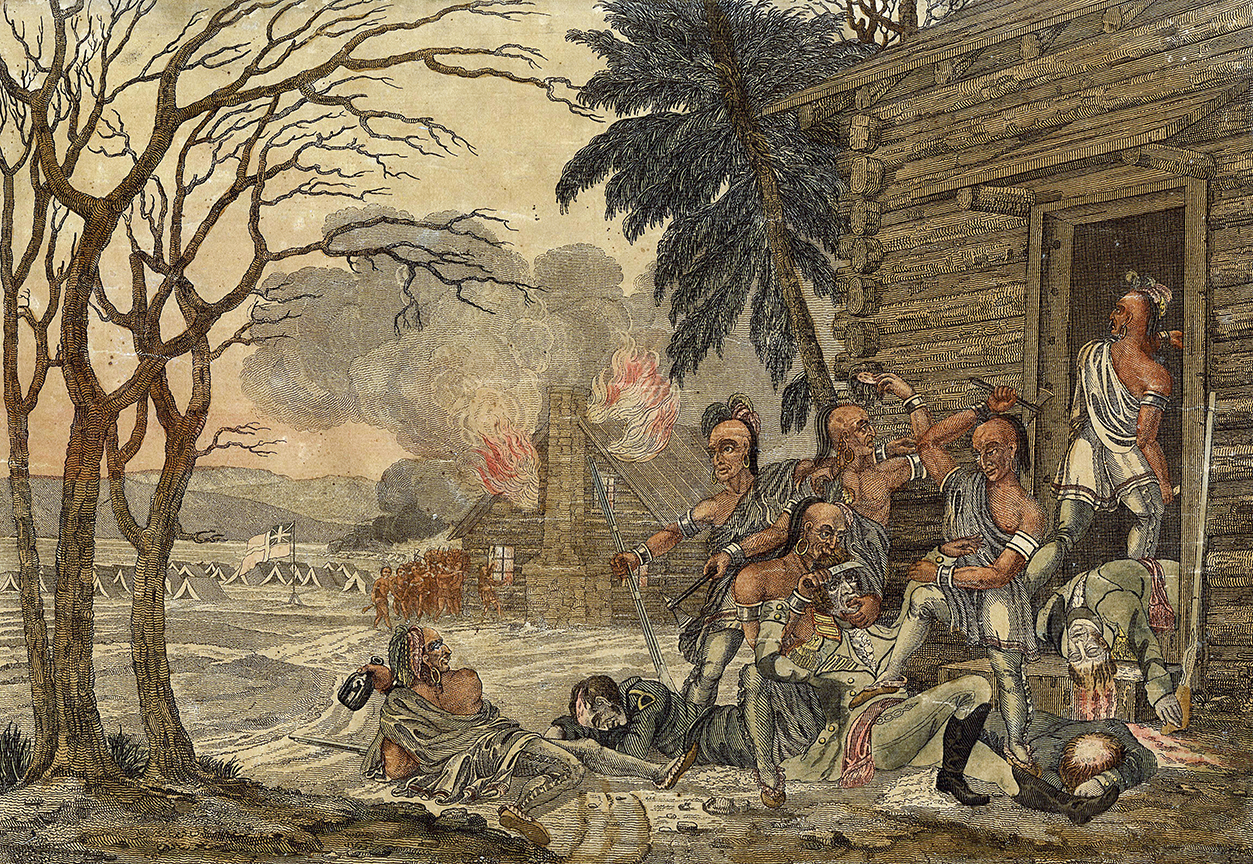 Massacre of the American Prisoners, at French-town, on the River Raisin, by the Savages Under the Command of the British Genl. Proctor: January 23rd, 1813
Courtesy: University of Michigan - William L. Clements Library