Thomas Slavin had a brother named James. He was also born in Ulster, Ireland. He married Equa-Ke-Sec, a Potawatomi woman, on Jan. 20, 1861, in St. Marys, Kansas. She was born about 1837 in Indiana.

As squatters looked toward Potawatomi lands for expansion, the state and federal governments stepped in to forcibly remove the Potawatomi from their ancestral lands in Indiana. On September 4, 1838, 859 Potawatomi set out on a forced march from Indiana to a small reserve in present-day Kansas. Their homes and fields were burned to discourage their return.

The 660-mile journey consisted of oppressive heat, scarce water, few supplies and not enough wagons to carry the sick or elderly. More than 40 people died along the way. Families were not allowed to bury their loved ones in a traditional or respectful manner.

A marker at St. Boniface Catholic Church in Quincy, Illinois, memorializes the Potawatomi the U.S. government forced along the Trail of Death from Sept. 4 to Nov. 4, 1838.

It notes that Equa-Ke-Sec was a young girl who was one of the few children to survive the enforced journey from southern Michigan and northern Indiana to eastern Kansas. At the end of the trail, St. Marys Mission in Kansas baptized Equa-Ke-Sec and changed her name to Theresa Living.

James appears on the 1861 Kansas roll at a “settlement eight miles west of the crossing at the bridge over Soldier Creek.” Teresa Living Slavin received an allotment in Kansas on April 11, 1867.

A history of service to others

Teresa Slavin Humphreys Reed was born on Dec. 6, 1902, in Wanette, Oklahoma, the daughter of James and Dellie Slavin. She moved to Pampa, Texas, in 1930 and later to Wheeler, Texas.

She was a long-time educator in Pampa, retiring at the age of 70. Because she believed so strongly in the importance of educating children, she continued teaching on a southwest Native American reservation even after her retirement.

Teresa was still driving at age 103 and lived alone until she was 105. She was a member of First Christian Church in Pampa and played the piano each week at services. Before she walked on May 16, 2012, she was the oldest living CPN elder at 109.

Roy Slavin (Netagtege, Forever Planting) served as a long-time legislator for District 1. He was born in 1933 in Weatherby, Missouri, to Roy and Irene Slavin. He joined the U.S. Army at age 17, attending basic training in Ft. Knox, Kentucky. Roy completed electronic school and was awarded a Q Clearance by the Atomic Energy Commission for his tour of duty at Eniwetok in the Marshall Islands. This assignment, called Operation Greenhouse, was a program for testing of the first hydrogen bomb.

Roy married his wife, Julia, in May of 1952. He returned to Ft. Monmouth and was honorably discharged in March 1953. Together, they had three children: Rod, David and Verna.

The expertise he developed in the Army helped him start his career as a radio repairman, then as an avionics technician for Trans World Airlines. He retired from TWA after 28 years of service.

Roy began representing District 1 in August 2007, following the constitutional amendment that created the current legislature. He saw running for office as a chance to continue his Potawatomi family’s legacy. Roy’s grandmother was among the Potawatomi who survived the Trail of Death. His uncle, Jim Slavin, was with the original settlers who left Kansas and established the Citizen Potawatomi Nation in Oklahoma. Roy and his wife, Julia, were a fixture at Tribal gatherings in District 1 and nationally.

“I’m glad to see my kids, grandkids and great-grandkids involved with the Tribe in ways that those people my age just weren’t able to back then,” Slavin told the Hownikan in 2013. “I look at my great-granddaughter, Mollyann, who has never missed a CPN Family Reunion Festival, who knows how to dress in proper regalia for Grand Entry, and it makes me proud to see how far we’ve come.”

From their humble roots in Ireland, the Slavin family forebears were among the many Irish immigrants who sought independence and stability in the United States. Together, with their Potawatomi relatives, they withstood numerous challenges to help establish a firm foundation for the Citizen Potawatomi Nation in Oklahoma. 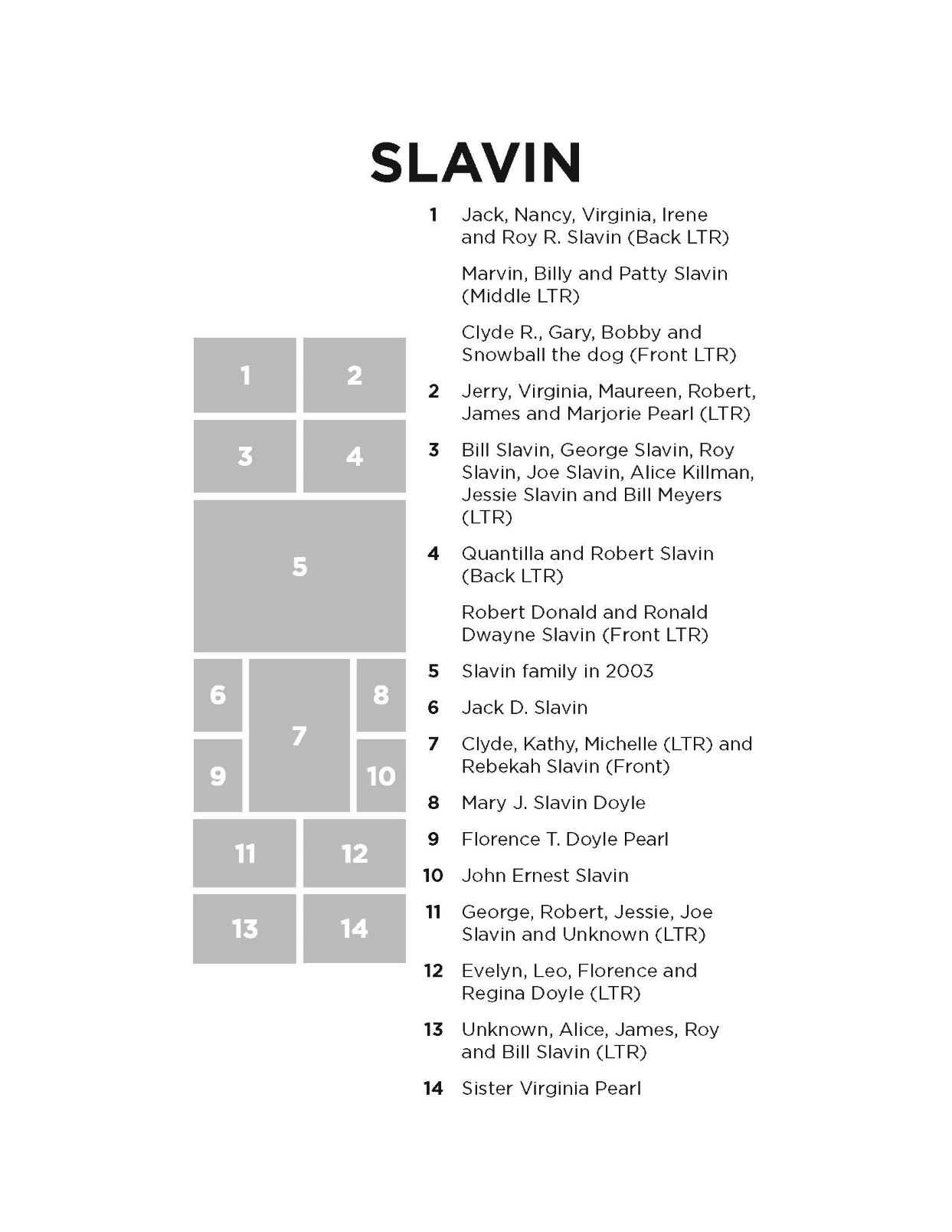