One particular member of the Lewis family played an integral part in the establishment of what is present-day Wanette, Oklahoma. His children, with a member of the Bergeron family, would further establish the family’s roots in what would later become Pottawatomie County.

Wesley Lewis was born April 22, 1838, near Asthabula, Ohio, to Sylvester and Anna (Smith) Lewis. When he was 2, the family moved to Valparaiso, Indiana. At age 17, he moved to Des Moines, Iowa. He then traveled with his older brother to Lawrence, Kansas, and later to the Henry Ward Beecher colony in Waubanse County, Kansas.

Under the terms of the Treaty of 1837, Potawatomi in Indiana gave up their lands in exchange for a reservation in Kansas. From 1837 to the early 1840s, they gradually moved to the Osage River or “Mission Band” Reserve. The Treaty of 1847 then forced the Potawatomi to move from the Osage River Reserve to a new location north and east of the Kansas River.

Wesley married Louise Bourassa in 1859, and together they had a daughter named Laura. Sadly, Louise died about a year later. Laura would later marry Frank Gilbert and have three children: Will, LeRoy and Nell Gilbert.

During the 1860s, Wesley and his business partners hauled freight by wagon from Ft. Leavenworth, Kansas, to Denver, Colorado, and from Kansas City, Missouri, to Santa Fe, New Mexico. During this time, he also served in the Union Army.

On Jan. 21, 1866, Wesley married Matilda Bergeron, who was of Potawatomi and French heritage, in Louisville, Kansas. Matilda Bergeron Lewis was the daughter of Francis X. Bergeron and Watch-e-kee Zozetta (Josetta) Bergeron. She was born on Sept. 26, 1846, in Council Bluffs, Iowa.

Wesley and Matilda had a total of 11 children together. Three of their children died in infancy: Sylvester Lewis, Annie May and David Albert. Sadly, Matilda and a newborn died following childbirth on March 8, 1886. The newborn didn’t receive a name and was buried in Matilda’s arms.

When Kansas became a state in 1861, squatters and railroad companies eyed Potawatomi lands. The U.S. government began its final push to remove the Potawatomi from Kansas to Indian Territory. The Treaty of 1867 certified the purchase of allotments and surplus lands in exchange for approximately $150,000. The Potawatomi used the funds to acquire a reservation in Indian Territory, and the government sold the Kansas allotments to the railroad.

Over the next 20 years, families and individuals gradually made the move from Kansas to Indian Territory. The journey itself was dangerous, and families who arrived then faced new challenges establishing infrastructure and building homes. Potawatomi who finally arrived in Indian Territory had to work hard to make a life for themselves, often clearing large acreages by hand and building farms where there were previously just empty fields.

Wesley had been farming on 170 acres near Louisville, Kansas. In 1891, he sold the Kansas farm and moved to an allotment in Oklahoma Territory, near present-day Wanette. Arriving on May 25, 1891, he built the first farmhouse in the area. Within a year, he had set up a stable, corn crib, chicken house, pig pens and corrals. He cleared 30 acres of land by hand and fenced 480 acres.
In the summer of 1891, he and his neighbors saw the need for a school for the growing community. Wesley and his neighbors raised money to build the first schoolhouse, a 16-by-16 structure. The area’s first post office was located in the corner of the Lewis living room until a permanent one was established. He was also instrumental in establishing the community’s first cemetery by organizing with his neighbors to collect funds for the project.

In 1903, the Santa Fe Railroad was built through the county and the citizens of Wanette voted to move the town one mile north to its present-day location in order to have access to the railroad, a 1995 Shawnee News-Star article said.

Wesley’s son, Omer Dee Lewis, was born in 1878. He worked for the U.S. Indian Bureau. Omer married Pauline McCoy, and together they had Cecil, Glenn, Omer H. and Pauline. In 1932, he was a representative of the Potawatomi to Washington, D.C. He was a civil service employee for 33 years in Montana, Idaho, New Mexico, California, Arizona and Oklahoma. While working in the northern states, he was deputized to enforce the liquor law on the reservation. He moved back to Shawnee in 1927, where he lived until his death on July 20, 1960.

Hazel Williams Neff, the great-granddaughter of Wesley and Matilda Lewis, was born on June 11, 1913. In an interview for the CHC archives, she recalled her childhood on the family farm. Gathering eggs was one of her chores, but she didn’t enjoy it, as the chickens pecked at her hands. The farm also had geese, which chased her. Her mother had difficulty milking the farm’s cows, so Hazel joined her father to help with the chore. She also reported that when she was sick, her mother prepared a syrup made of sliced onion, sprinkled with sugar and covered with water and boiled. A tablespoon was given. She also recalled a poultice made of turpentine, lard and kerosene, wrapped in wool. The poultice was applied to the chest for a bronchial problem.

Wesley’s grandson, Omer H. Lewis, was born on April 8, 1901, on a farm near Luther, Iowa. He moved to Arizona in 1923 to work for the Santa Fe Railroad. In the years that followed, he worked as a miner, rancher, policeman and later as a municipal judge in Kingman, Arizona, among other things. While working as a lineman for a power company, he made the final connection, high atop a steel tower on the Arizona side of the line, connecting the system powered by the Hoover Dam. He later became a full-time artist, creating Southwest landscapes with movement, vibrant color and depth of expression. He won prizes and critical acclaim, and his work was appreciated by collectors across the country. He was a member of the Desert Art Center in Palm Springs, California. Omer died on Aug. 23, 1977. 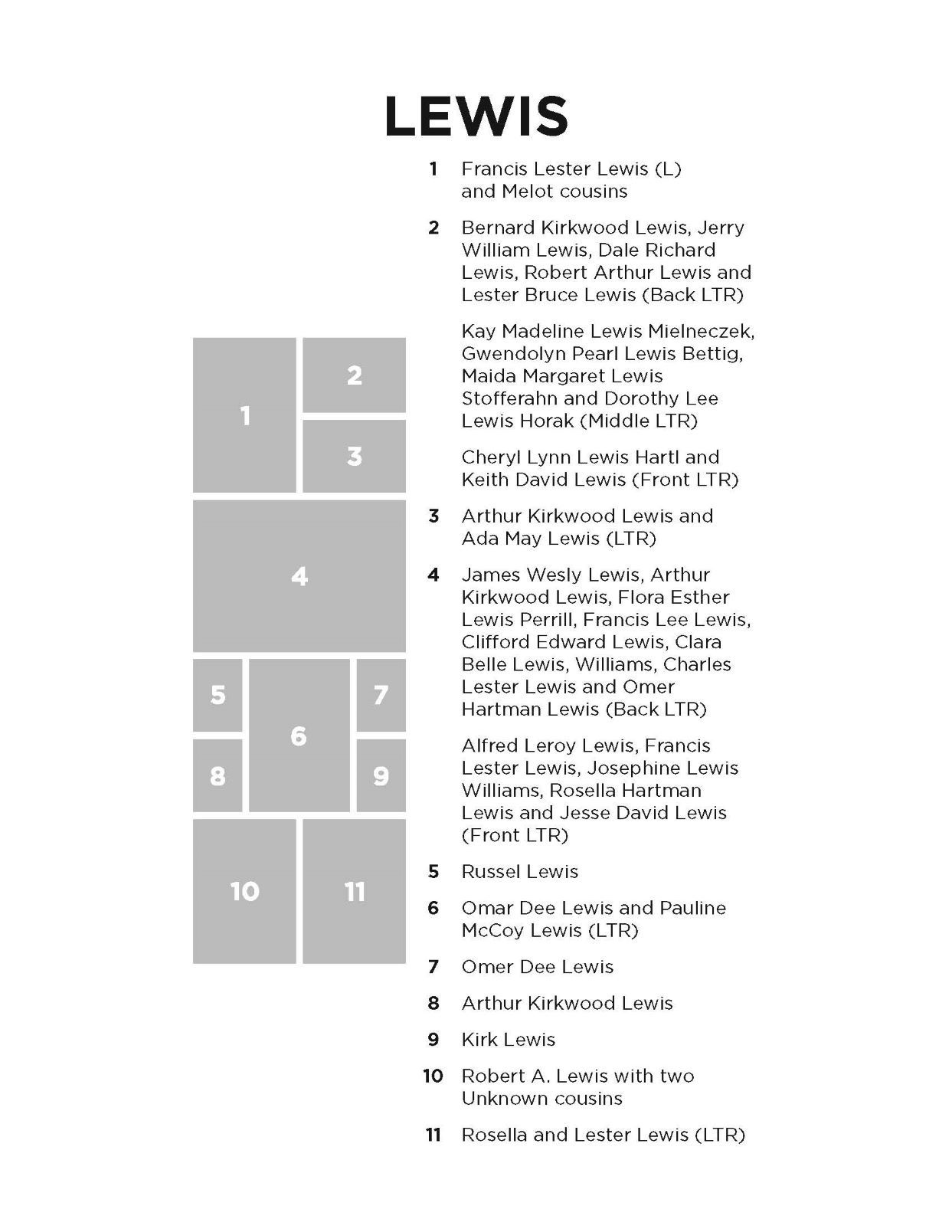