Led by prominent warriors Mackisabe, the elder Winemac and Madouche, the Potawatomi, along with allied France and other Great Lakes nations, enlisted to quell disruptive Meskwaki [Fox] attacks on the lucrative western fur trade and neighboring tribes. Angered that their Siouan enemies acquired weapons and supplies via the trade network, the Meskwaki [Fox] raided, killed and pillaged villages, merchants, and trade routes for two decades, implementing full-scale retaliation.

Despite numerous attempts to draw peace, the allied forces decided genocide was the only solution forcing the Meskwaki [Fox] to seek refuge among the Sauk. However, as the plan began to materialize and the Meskwaki [Fox] were reduced to less than sixty warriors, Potawatomi and other tribes took pity on the decimated people and came to their aid, providing security and delegating for peace. 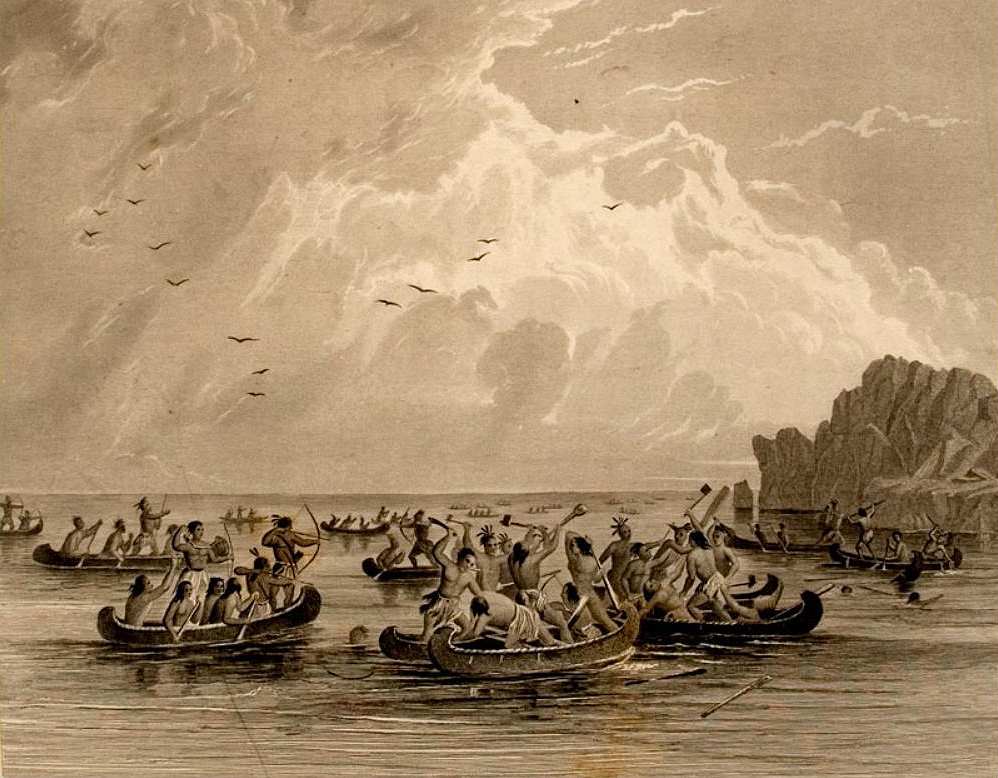 Combat between the Ojibwe and the Sacs and Foxes on Lake Superior by Seth Eastman. 1847.
Courtesy: The Newberry Library