The bronze statue titled, The Future Begins Now, was created by CPN tribal member Clyde B. Slavin in 2004. It depicts an important portion of the Neshnabé/Bodéwadmi Flood story, where the Muskrat places a piece of earth on the Turtle’s back to create a new world.

Note from the artist reads:

The Future Begins Now, One of the first times I heard the Potawatomi Creation Story was at a Regional Council Meeting. At the first Family Festival, my daughters Michelle and Rebekah attended with me. On the plane trip back to the NW, I made my first sketches of the sculpture representing Our Creation Story. Even though my intent was to carve the figure in wood, my first rough cuts did not come out well. The plans and first attempts were put aside and gathered dust.

While visiting a gallery in Troutdale, Oregon I found a place to learn and produce sculptures. This piece was my first sculpture in bronze. Previous works had been in wood. After some study of the story and what is portrayed by our Grandfather and the animals, I decided that there would need to be feelings presented.

The Muskrat represents to me an individual who has totally committed to completing a task that others found less important. When Muskrat floated to the surface it was oblivious that a sacrifice had been made and dead or alive Muskrat deserved to be treated with respect. Therefore, Muskrat was gently lifted and handled carefully with a full hand (not with two fingers or a stick trying not to touch a dirty creature).

I live in Vancouver, Washington with my wife Kathy. My occupation is Optometry. Working with ideas and materials to represent those ideas is a pleasure. 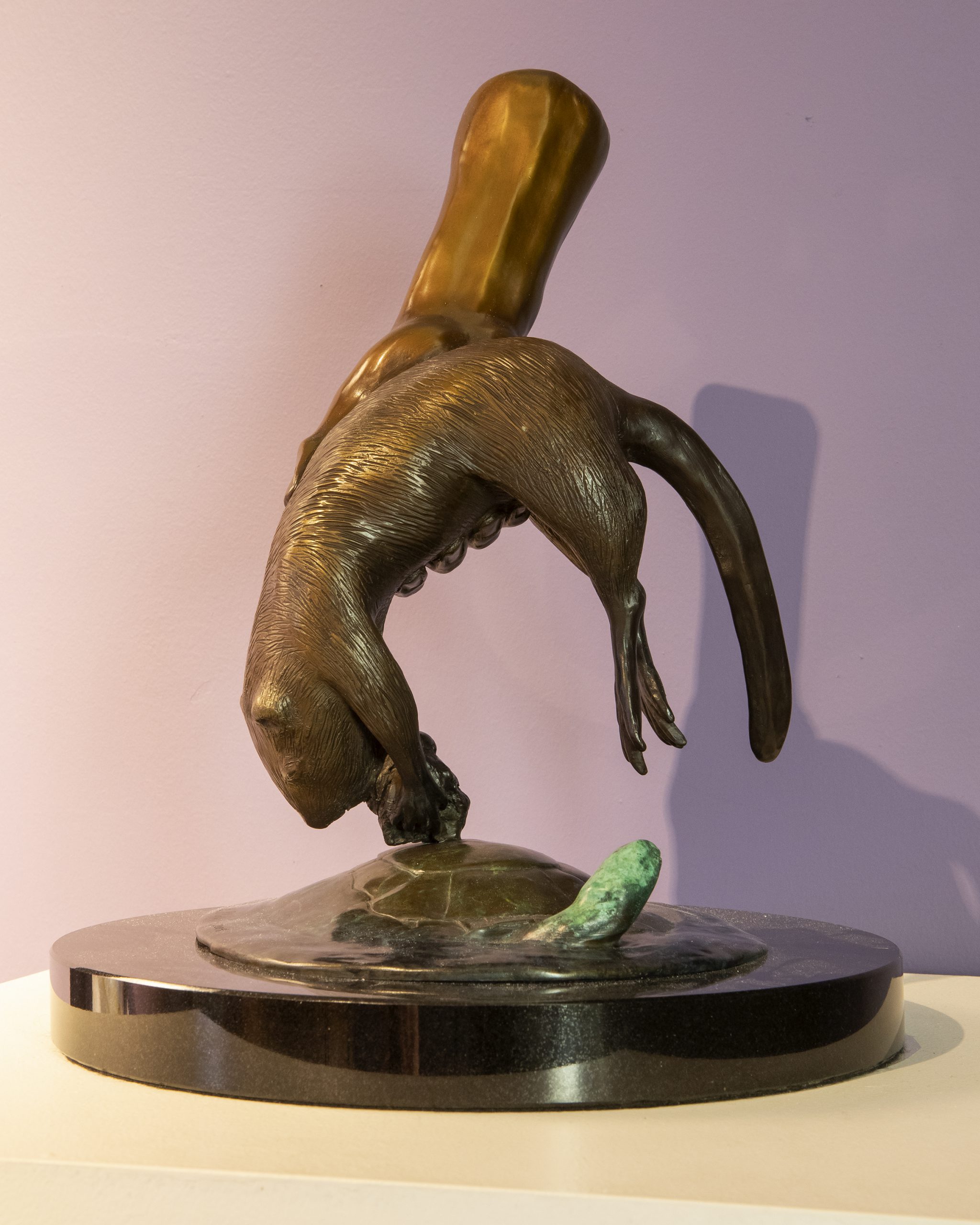