The Bourbonnais Cabin is a culturally significant home located on Tribal land near the Citizen Potawatomi Nation Cultural Heritage Center.

Many see it as a physical connection to the past and cherish the experience to stand where their ancestors once stood. The Bourbonnais were one of the first families that moved from Kansas to Indian Territory, establishing Citizen Potawatomi in present-day Oklahoma. Antoine and Mary Anderson Bourbonnais purchased the cabin in 1882 from Louis Tyner, a businessman who built it as a trading post in present-day Shawnee, Oklahoma.

Different owners relocated the cabin throughout the area three times. It has survived two restorations and a destructive tornado in 1905. The Bourbonnais Cabin is two stories, includes six rooms and a kitchen. At one point, two chimneys that are now gone warmed the house. The multi-level building was a sign of success in Kansas and Oklahoma.

People weave stories of Mary and Antoine Bourbonnais allowing outlaws Frank and Jesse James to use the building’s crawl space as a hiding place. No evidence of the fugitive tales exists, however.

The Pottawatomie County Historical Society acquired and restored the structure in 1970 before the Tribe funded a second restoration in 2006. The cabin was refurbished and reassembled where it sits now — under a large tree with a bed frame and a couple of chairs inside as decoration. 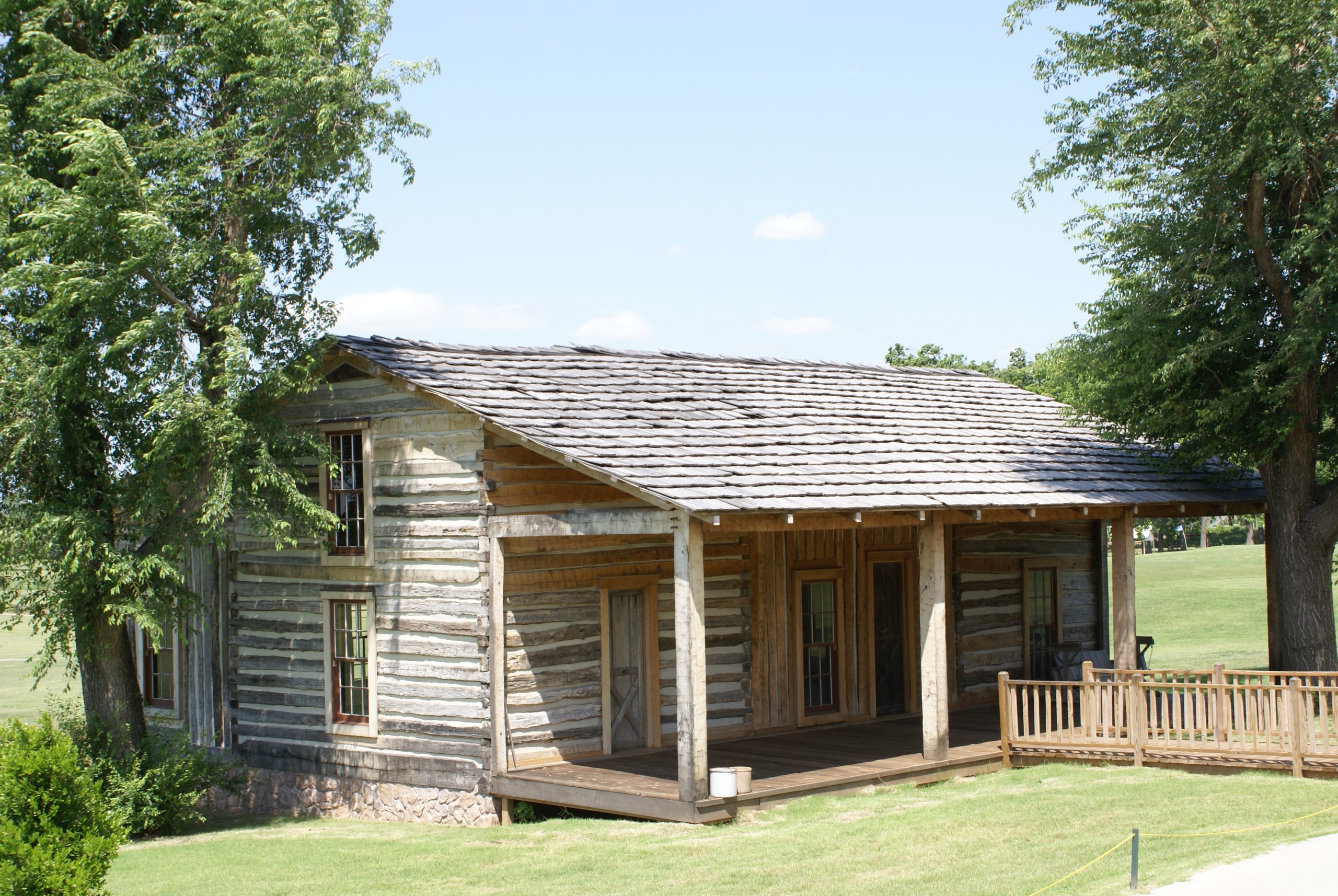