As Indian nations utilized the resources made available through the Indian Reorganization Act (IRA) to restructure their governments, opponents to Indian self-determination pushed back in the wake of the Second World War. With the 1946 departure of John Collier and Harold Ickes from the Bureau of Indian Affairs (BIA) and as Secretary of the Interior respectively, both staunch supporters of the Indian Reorganization Act, members of congress aggressively sought to eliminate the status of tribal nations. President Harry Truman’s administration put its full weight behind a policy of termination which asserted that assimilation would “free” or “emancipate” Indians from their status as such. In reality, termination merely served as a way to end treaty obligations to tribal communities by the federal government.

The policy quickly proved to be a disastrous venture, fundamentally reshaping Indian Country through the wholesale destruction of tribal sovereignty. The process for termination began during the Second World War, but escalated substantially in the post-war period. As the Cold War took on new dimensions, termination gained more traction by a United States government eager to demonstrate the superiority of Euro-American social and political culture. Support for Indian self-determination quickly fell to the wayside in the halls of congress and by 1953 it passed the House Concurrent Resolution 108 (HCR-108), officially committing the United States to a policy of termination.

Logistically, termination amounted to Native peoples being stripped of their tribal citizenship, forfeiting BIA services for tribal communities, removing individual statuses from Native people of federal supervision and guardianship, and finally, ending any and all responsibility the federal government has to select tribal nations. Of the agencies and resources marked for termination, the Shawnee, Oklahoma Agency overseeing the Citizen Potawatomi Nation was one.

Ultimately, the total number of tribal citizens affiliated with terminated tribes numbered roughly 13,000. However, the impact termination had on Indian Country shaped activism and advocacy for decades after the policy’s official end in 1957, especially during the 1960’s and 1970’s. 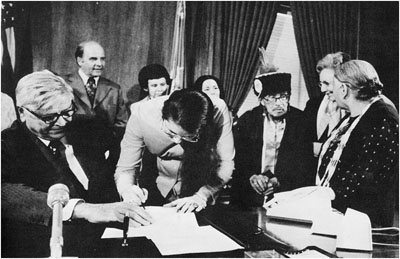