In the years following the disastrous policy of Termination, the United States federal government began shifting its energies towards investing in tribal autonomy as a way of managing Indian affairs. Beginning formally with a 1961 Commission on the Rights, Liberties, and Responsibilities of the American Indian concluding that top-down initiatives lacking cooperation with tribal community members are destined for failure, officials in Washington began realizing how fraught a paternalistic approach to Indian policy is. What evolved from this 1961 commission, and the American Indian Chicago Conference later that year in June, which brought together 450 tribal delegates from 90 nations, was a decade of growing support for Indian self-determination.

Indian Self-Determination is the ability for tribal communities to shape their own destinies, unencumbered by external forces which may undermine their authority. By the middle of the 1960’s, Indian self-determination found growing favor in Washington D.C. from officials such as Secretary of the Interior Stewart Udall. Between 1961 and 1975, the policy of termination was halted completely as self-determination showed far greater promise in meeting the needs of tribal communities suffering from years of federal intervention. On January 4th, 1975, the Indian Self-Determination Act was passed, the culmination of years of activism, policy work, and careful collaboration among communities across Indian Country.

For the Citizen Potawatomi Nation, the Indian Self-Determination Act laid the groundwork for economic advancement, and the improvement of its social, political, and cultural affairs. In the years since the 1975 Indian-Self Determination Act passed, the CPN has grown substantially through its many enterprises, today serving as one of the largest tribal economies in the United States. 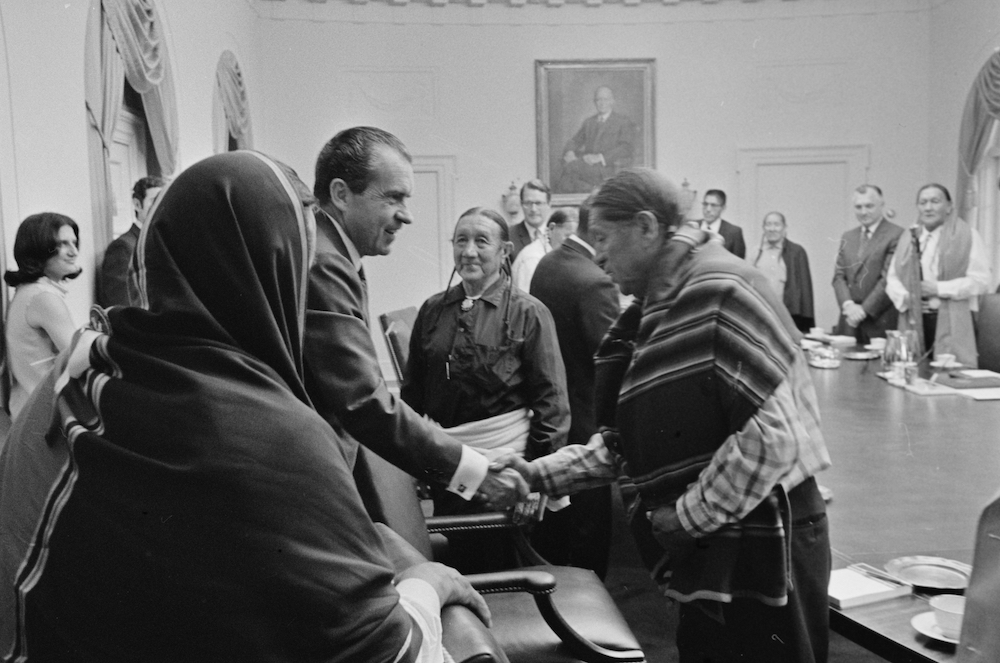