Frederic H. Countryman (Contraman) was born about 1795 and appeared on an 1823 Michilimackinac County, Michigan, voter list. He married a Potawatomi woman named En-do-ga and was fluent in Potawatomi. It is possible that a woman named Doga who appears in a George Winter watercolor sketch is actually En-do-ga. She was the niece of a respected Indiana Potawatomi leader named Naswawke. Frederic and En-do-ga had three daughters — Betsey, Nancy and Sarah.

They lived near Kellogg’s Grove in a log cabin and a bark wigwam. He was appointed Peoria County constable in 1825 because of his established relationship among the Potawatomi.

Following the 1833 treaty, the U.S. government paid Nancy, Sarah and Betsey cash grants in lieu of allotments, each for $600.

Nancy Countryman married Peter McClain in 1839. Together, they had Albert and Josephine. Nancy then married Andrew Johnson in 1845. They had Rachel and Matilda. Sadly, Matilda died at age 3.

Nancy later married Sidney W. Smith in 1853. Sidney had established Smith’s Ferry along the Oregon Trail. The southern landing was near the Potawatomi Mission. Smith’s Ferry ran for eight years, helping travelers cross the Kansas River. Sidney and Nancy had Louisa, William (Smith McLane) and Thomas. They divorced in 1860. Sidney is then documented as remarried to Nancy in 1861. Nancy died in approximately 1876. Sidney died in May of 1887.

Several of Nancy’s descendants were listed on the 1887 Oklahoma allotment roll:

Josephine’s son was born in 1872 in Kansas. He married Sarah Cook on May 3, 1893, in Tecumseh, Oklahoma. The couple’s son, Willie Bryant Smith, was born in Maud, Oklahoma, in 1898. Frank died in 1928 in Shawnee and was buried at Tecumseh Mission Cemetery.

Nancy’s daughter, Rachel Catick, received an allotment in 1887 in Oklahoma. She is listed in the roll, age 39, along with her children, Louise, 19, Blanch, 6, and Benjamin, 1.

Zoe and Reuben enjoyed nearly 55 years of marriage. Tragically, they both died within 60 hours of one another. Reuben suffered from a stomach disorder for years. On Feb. 8, 1935, he learned that his beloved wife had suddenly died of a heart attack. The 79-year-old farmer died on Feb. 10, 1935. They were remembered by their family and loved ones during a funeral mass and buried on the same day. 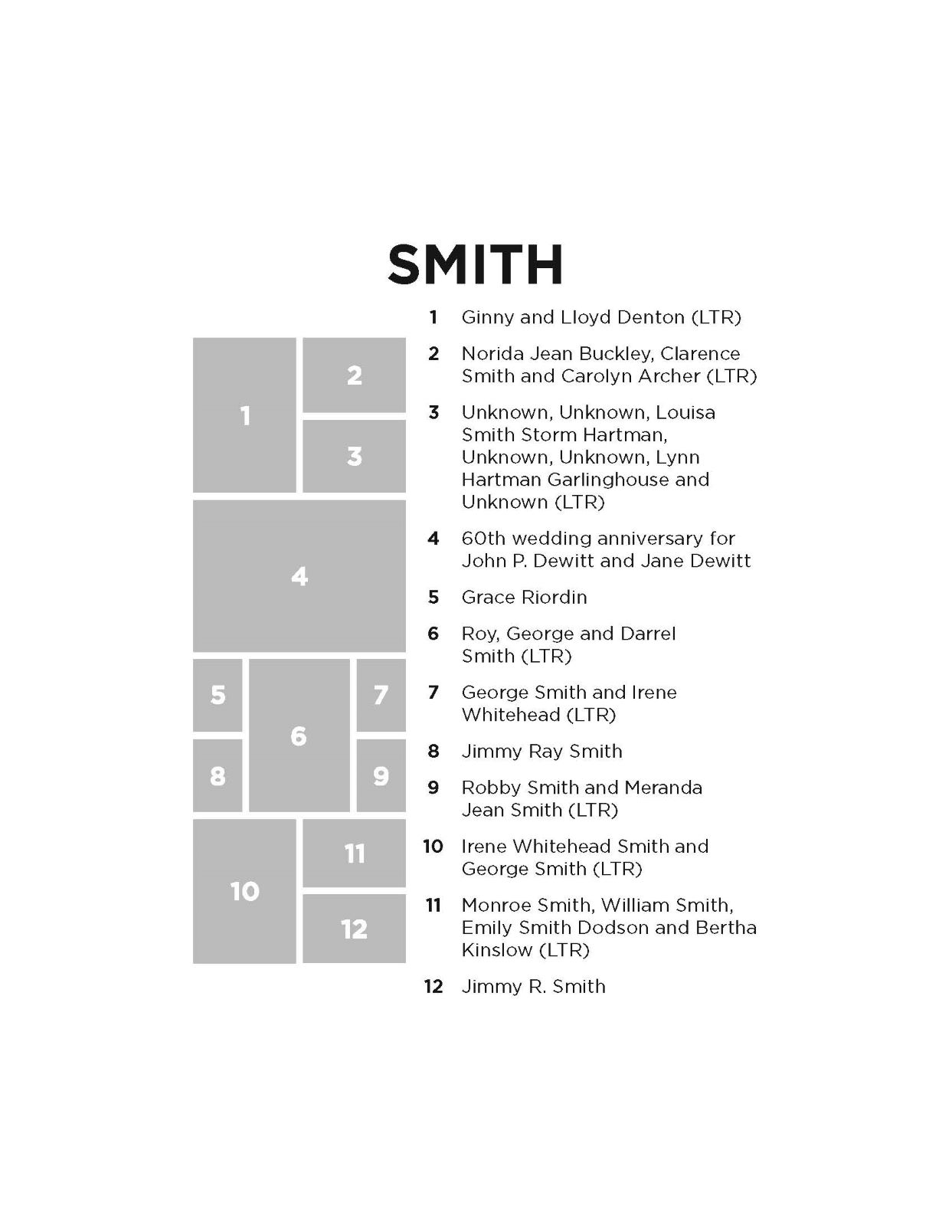