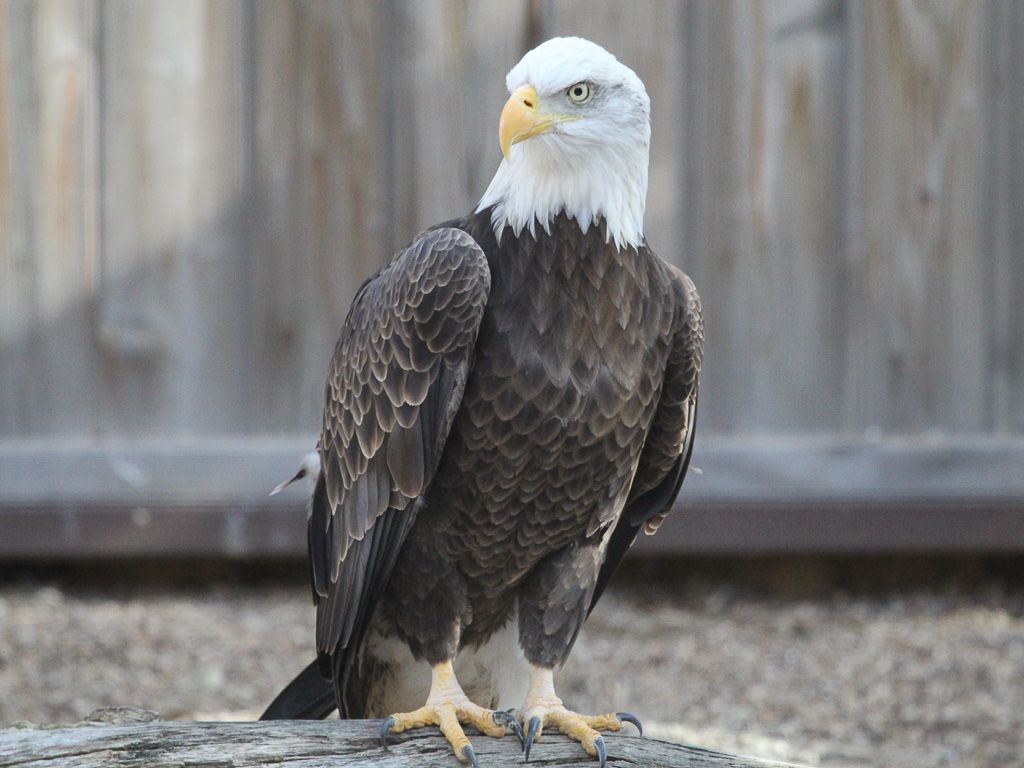 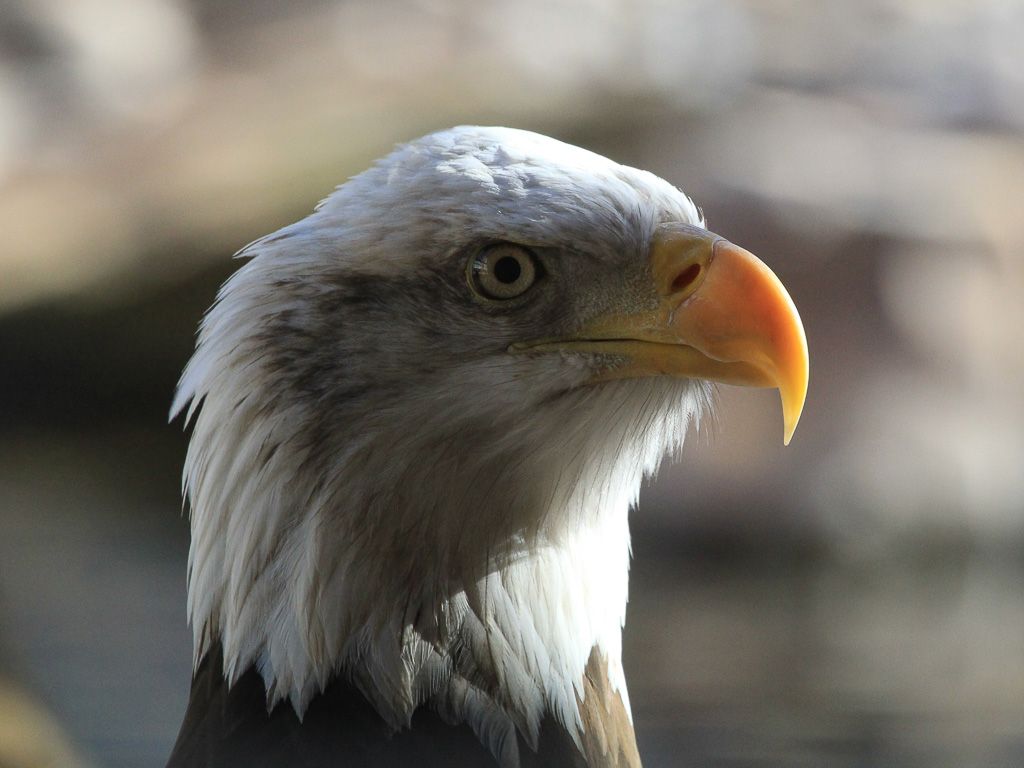 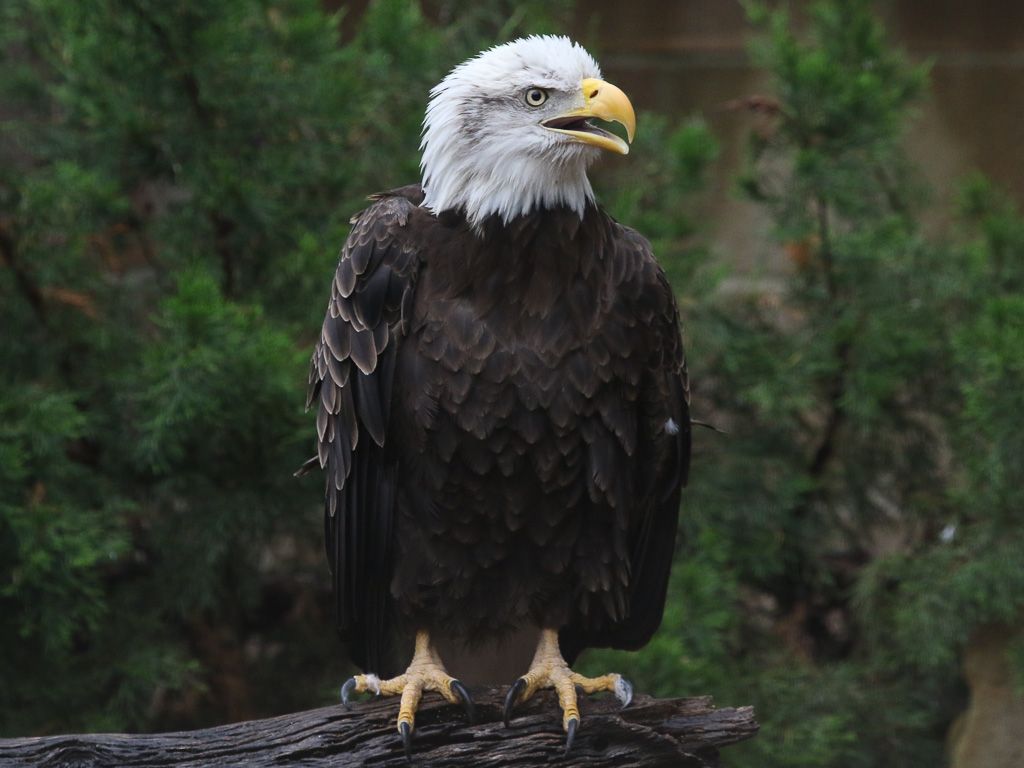 Charlie was one of the first eight eagles to call the Aviary home. However, Aviary Directors, Jennifer Randell and Bree Dunham, had the opportunity to meet him long before the aviary was open. In the fall of 2008, they began a portion of their hands-on training at Sia: The Comanche Nation Ornithological Initiative and became acquainted with him there. He was treated for a wing injury at the Florida Audubon Society Rehabilitation Center. At the time he was listed as an adult of 5 years of age before being transferred to Sia in 2005. As construction of the CPN Aviary was nearing completion the decision was made to transfer several of the Eagles from Sia that Jennifer and Bree had become close to over the course of their training there. Charlie was one of those Eagles.

He is one of our smallest eagles by weight. He has a very distinct streak of brown hackle feathers on both sides of his head. He also has one coverlet feather on each wing that turns upwards because those feathers grow in upside down. He usually waits on the other birds to eat and is quite the scrapper, often cleaning up anything left behind. Because he tends to be high-strung, Charlie is always on the lookout and ready to sound the alarm. We gave him the Potawatomi name Zagéndem-nené, nervous man. However, when Kyla, our largest female Bald Eagle, arrived he didn’t let his small stature and nervous tendencies stop him from showing interest in her. She was a sub-adult when she arrived and although she was not fond of his attention initially, he was persistent and won her over as she matured. They always roost together and are rarely apart during the day. He will even stand guard next to the stream while she bathes. Charlie has found his place and purpose. Kyla has a strong and vocal personality, and but he is not as uneasy and finds peace with her.

It wasn’t long before they began to build a nest, which is fairly unusual for birds in captivity. However, it was likely that Charlie may have had a nest and a mate in the wild before he was injured. In 2015, Kyla laid her first eggs but broke them due to inexperience. She laid again in 2016, but the eggs weren’t fertile. But the third time is a charm and on March 21, 2017, Kyla and Charlie’s egg hatched, and together, they successfully raised an eaglet named Mko Kno. On Sept. 20, 2017, Mko Kno was released, marking the first time that an eagle was hatched and released by a Native American Aviary.