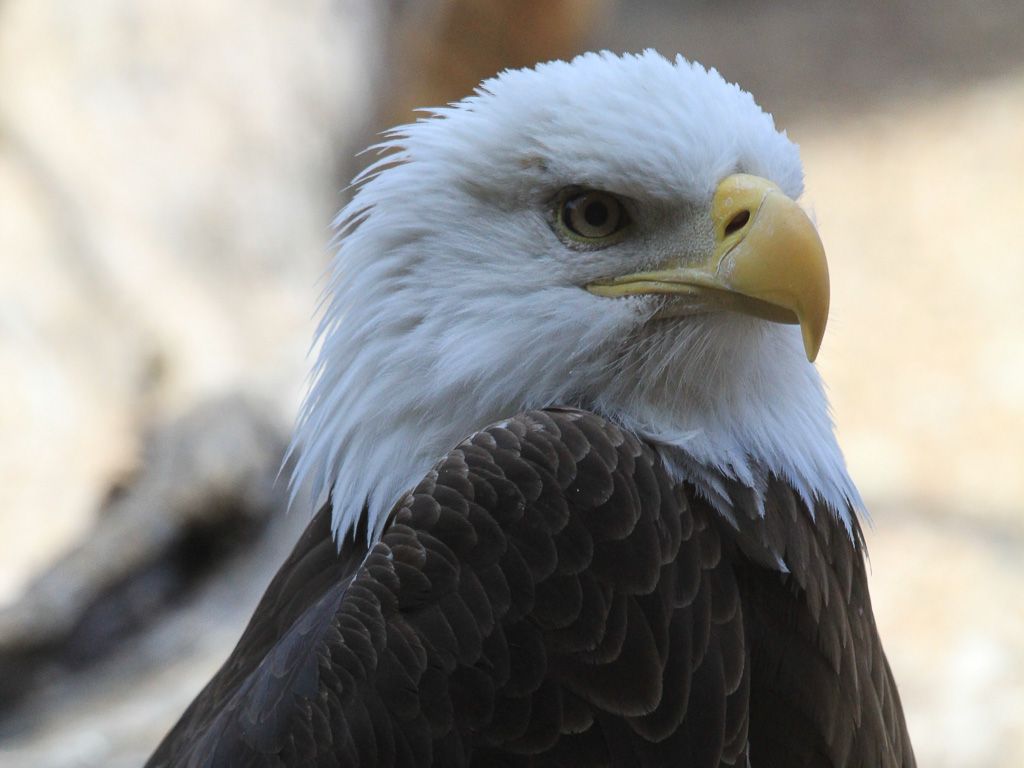 Shishibé came to us from the World Bird Sanctuary in St. Louis, Missouri. He arrived with very little history in his paperwork other than he was an adult when he was brought in after being found with a broken wing. The break could not be pinned, and his wing was set but he was unable to fly well enough to be released.

Shortly after he arrived the aviary staff was surprised to see him laying down in the enclosure. Most mornings they noted that he was lying down which is generally an odd behavior for an eagle especially because it wasn’t close to nesting season. Rushing in to check on him, they were just as shocked when he jumped to his feet and yelled for being disturbed. Just as a precaution, he was given another thorough physical exam and more extensive bloodwork was done to rule out any illnesses. He was given a clean bill of health. The only conclusion seemed to be that he was comfortable and content in his new surrounding and prefers to sleep lying down. Towards the end of summer, he was observed floating in the basin with his head bobbing barely above the water and his wings spread out across the surface. Once again, the staff rushed in and again had the same result as the first incident. This is the day he earned his name Shishibé which means Duck in Potawatomi. Now that everyone knows his routine and unusual behavior he can sleep and bathe uninterrupted.

He is also taken with Gracie and she seems to be somewhat taken with him. They spend most nights roosting together on the same big log and he waits for her to eat in the afternoons before he gets down to eat. He always goes behind her and cleans up whatever she might have left behind.