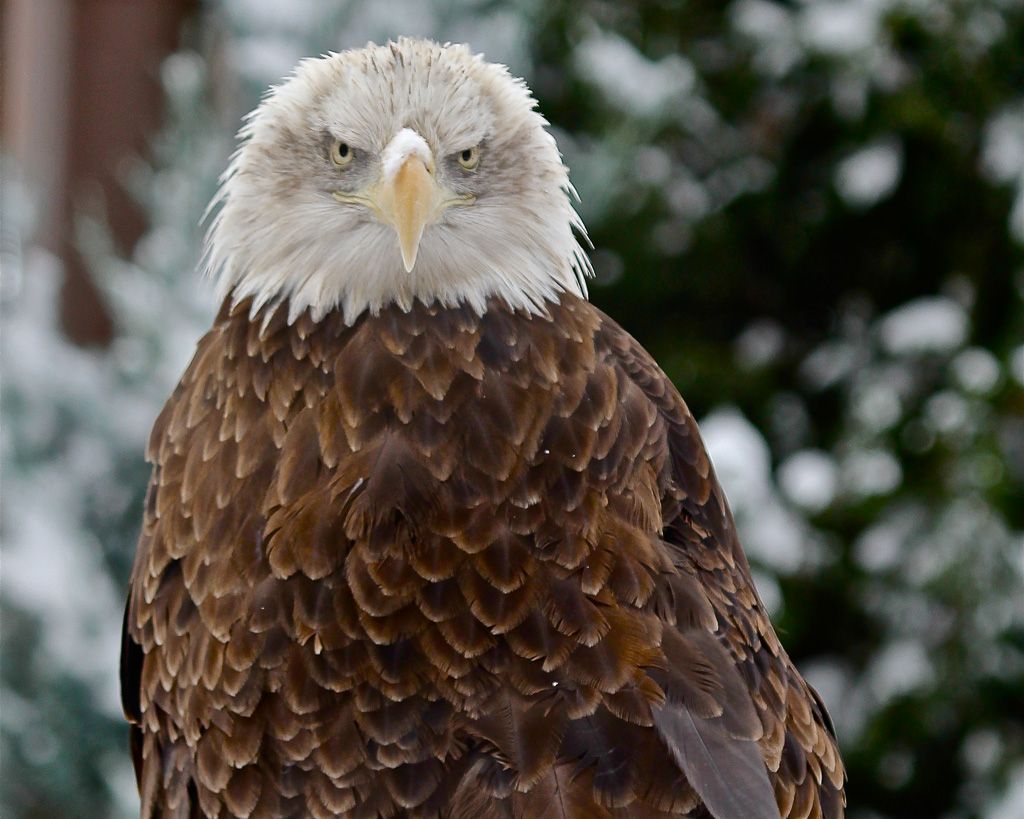 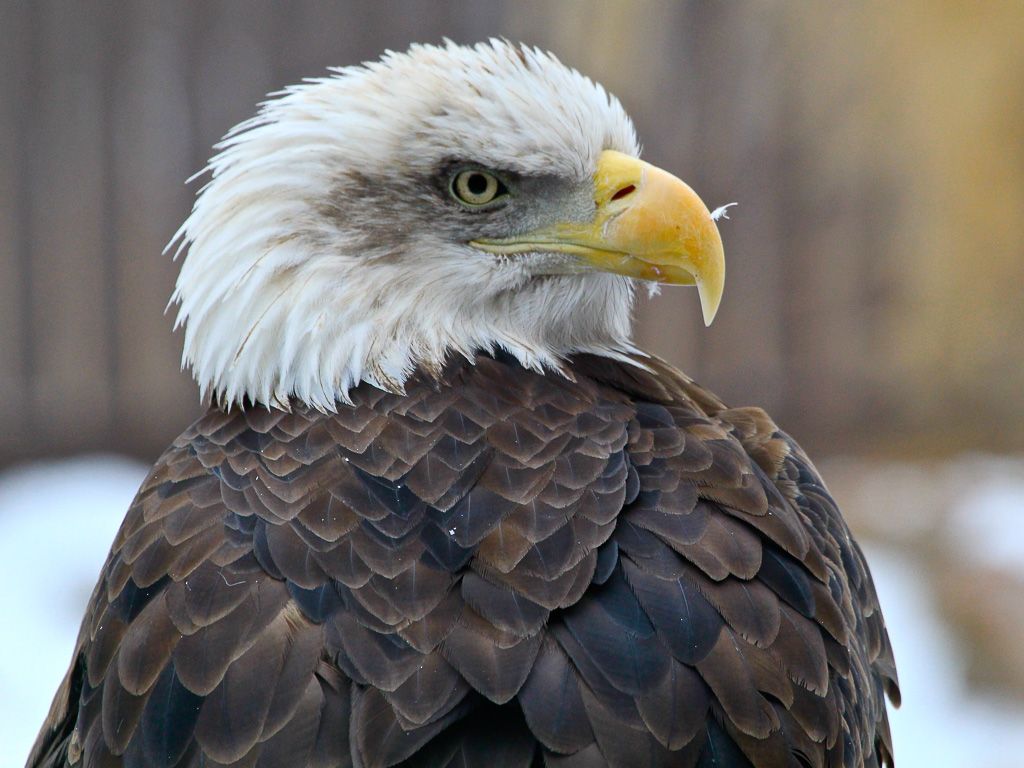 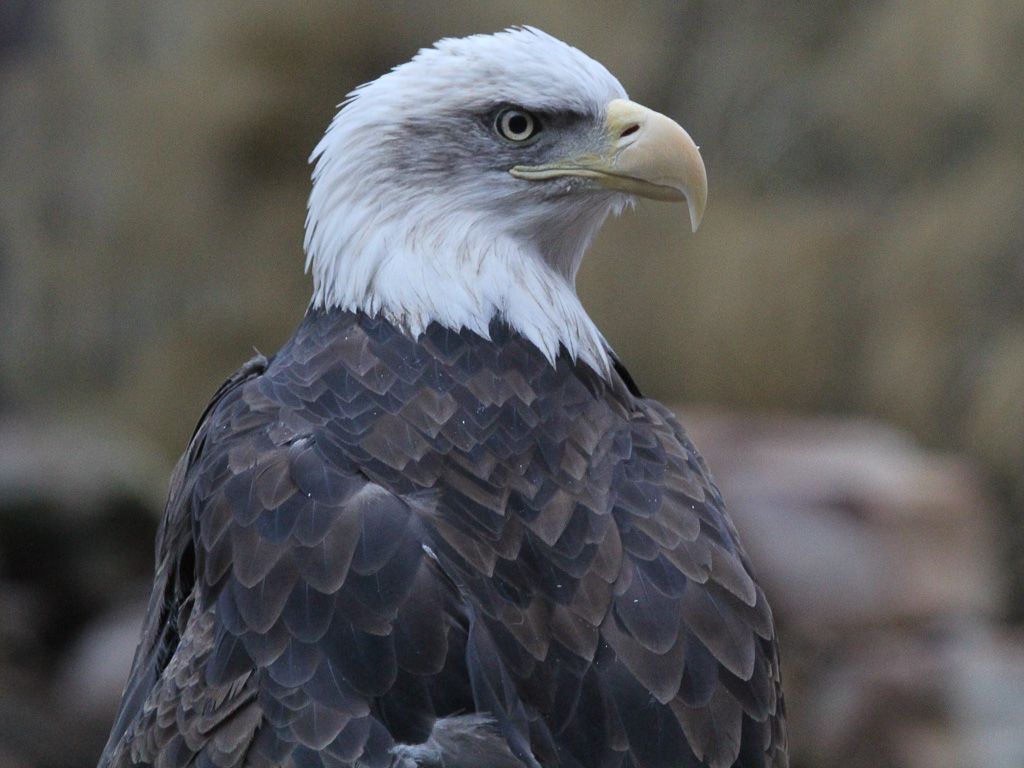 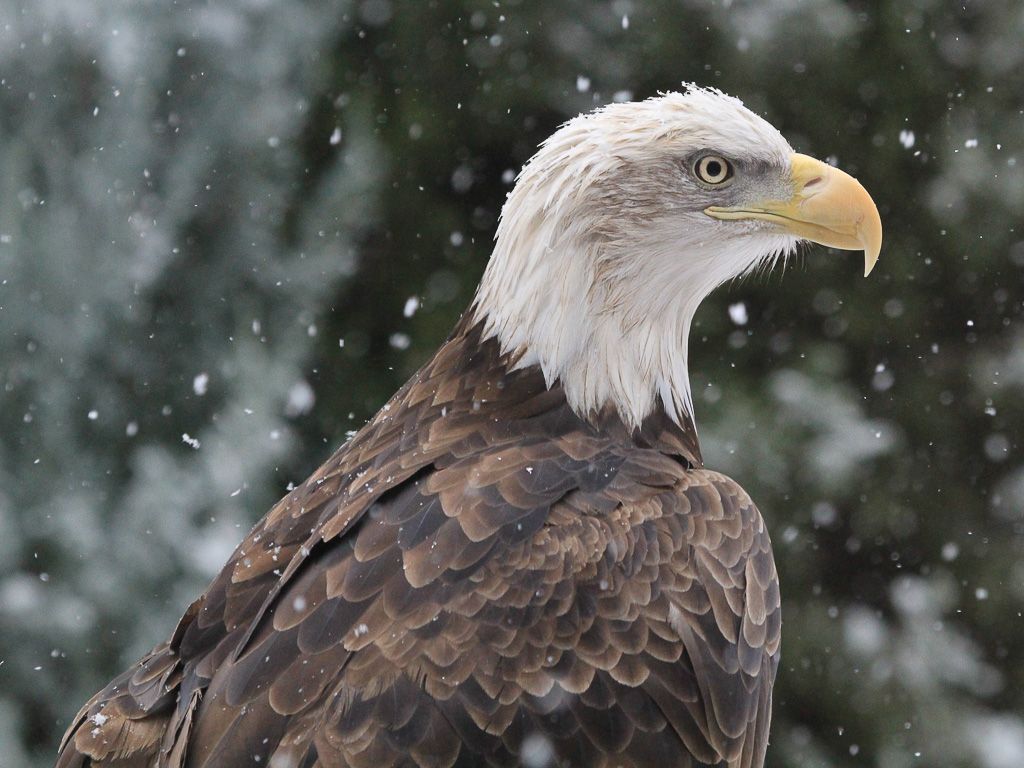 Ogemakwe Mtekwakik came to us from Nebraska as a what we assumed was a sub-adult that still had some brown marking on her head and tail feathers. She was found near a highway where it appeared, she had been grounded for several days; she had most likely been struck by a vehicle. She was taken to Raptor Recovery Nebraska for treatment of her injuries. Unfortunately, she had a broken wing that could not be repaired and required surgery to remove to tip of her wing. Once her injuries had healed, Betsy Finch of RRN reached out to the CPN Aviary seeking placement. Betsy expressed that she had quite a personality and that she had become quite fond of the bird during treatment and thought she would be a good fit here along with a juvenile that also needed placement and we agreed to come get them both.

“Oge” as we refer to her now earned her name almost immediately when she arrived. She tried to take over as the dominant female in the enclosure. She was determined and would chase other eagles from their perch and occasionally even took their food. She has settled in quite well and no longer chases other eagles from their perches. Everyone knows where the “Queen” sits.

After all this time, the dark markings in her head have not turned white like you would expect of a sub adult bird as they age. Her head should have been fully white by the time she was five or six years old. But just like people, all of us are unique and she has a feather variation and was likely a full adult already when she came into captivity. We tend to think of it as a mark of distinction and quite fitting for a queen.