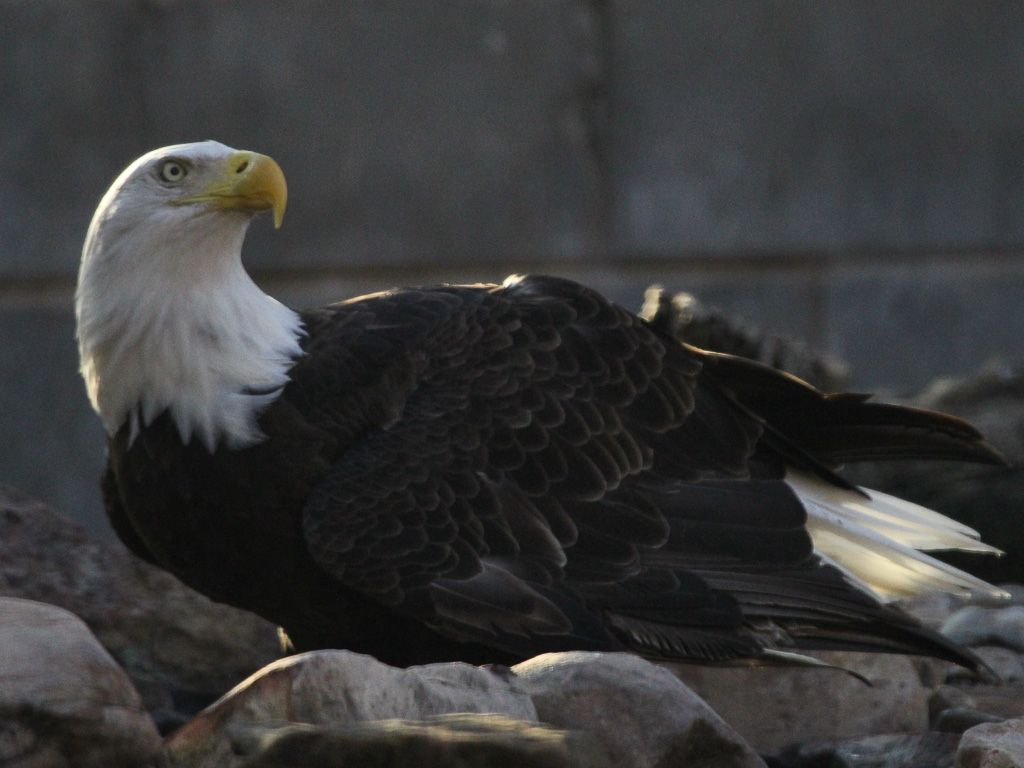 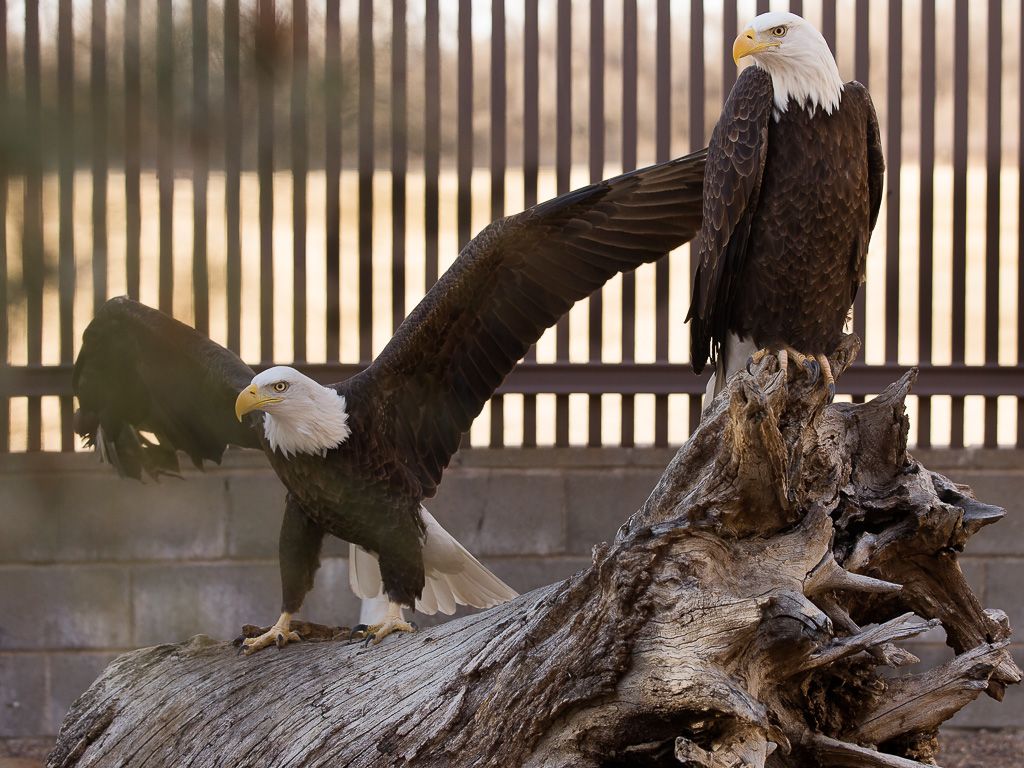 Noshé came from the World Bird Sanctuary in St. Louis, Missouri. She arrived with very little history in her paperwork other than a short notation was enclosed indicating “she was an adult when she was brought in after being found with a broken wing that had to be removed at the wrist”.

Noshé earned the name because of her motherly nature. The first spring she was here she did not lay an egg but decided to incubate an egg that had been laid by another female who showed no interest in her egg. She was very defensive and guarded the egg as if it were her own. After the egg was removed, she focused her attention to Mskwabimesh when he arrived. Being a juvenile, he was very inquisitive and playful. He would often take food from the other eagles. Noshé seemed to tolerate him more than the others. She would often become very vocal when the other eagles resisted when he tried to take their food like any good mother would.

She is an early riser and regularly greets the morning sun with a series of short high-pitched whistles. On cleaning days after the waterfalls and streams are refilled, she is the first to come back to the water to inspect the aviary staffs cleaning job. So far, she approves.