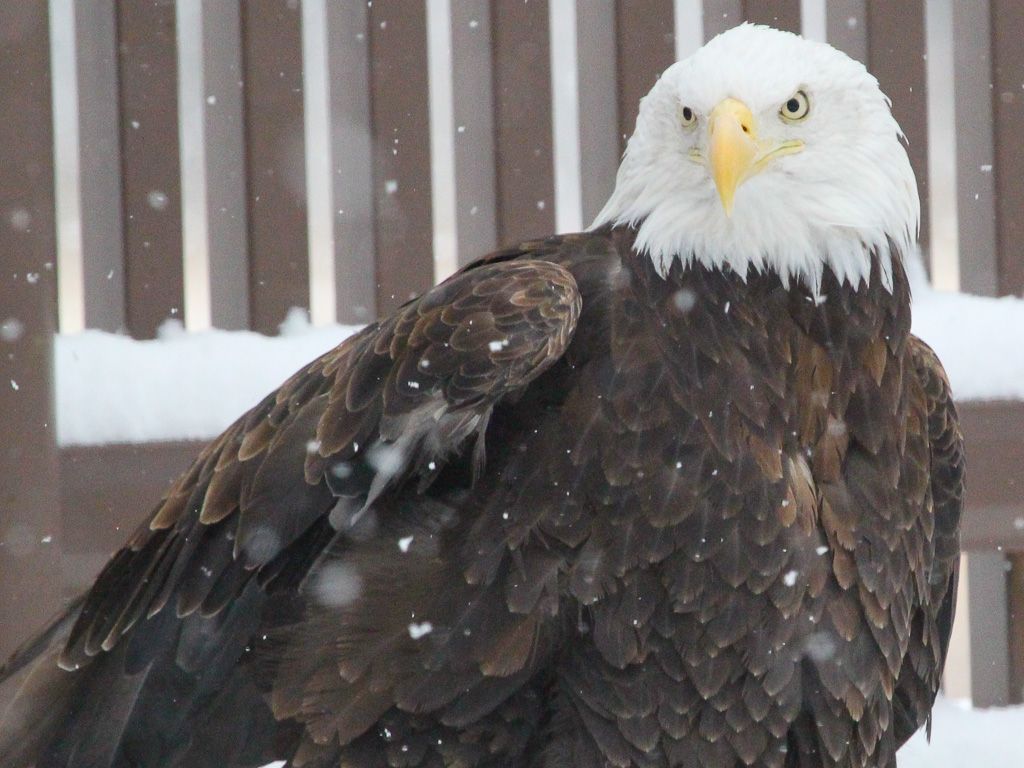 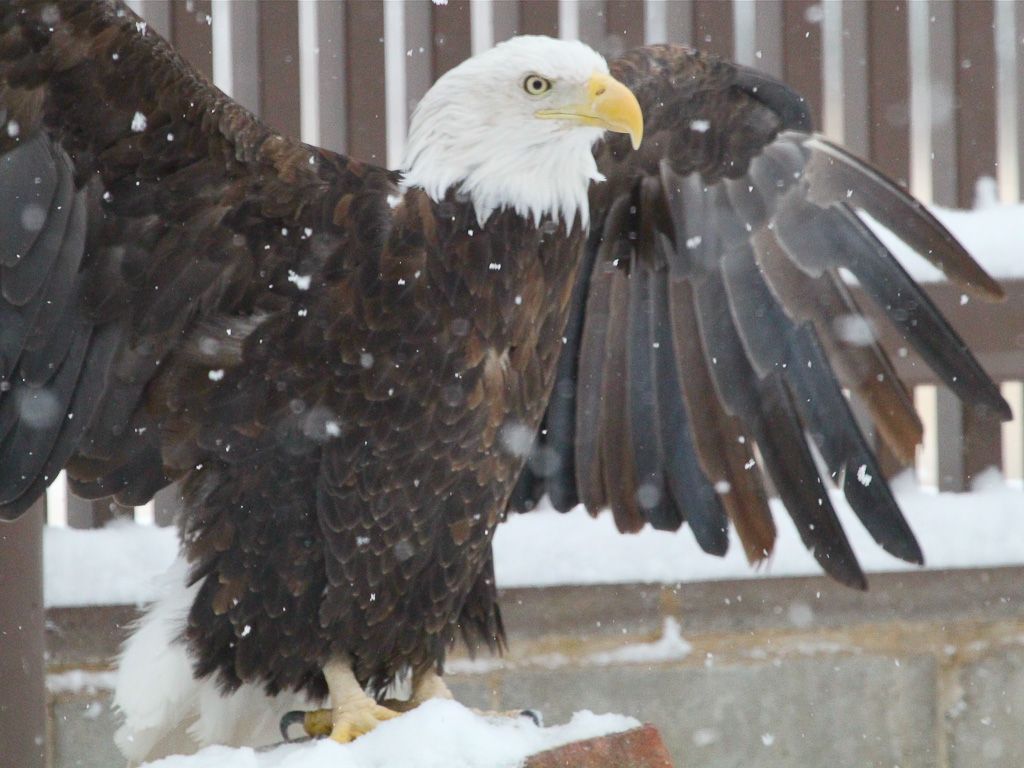 Nizhodé, came to us after being housed at the World Bird Sanctuary in St. Louis, Missouri. He arrived with very little background information other than he was non-releasable due to a wing injury.

One question visitors frequently ask is how the staff can tell the difference in all of the eagles. Without a doubt, all of the eagles have a unique personality and specific characteristics that distinguish them from one another but sometimes they aren’t all easily discernable. Nizhodé which means twin quickly earned his name after he was introduced into the enclosure when he arrived. He found a perch near Gracie and seemed at home very quickly. The aviary staff noted he looked just like Forrest sitting next to her and if they couldn’t see his wing injury, and Forrest didn’t have his hackles raised in his signature faux hawk, telling the difference between the two would be difficult. Forrest had a twin.

While they may look alike and share a sense of companionship or comfort in Gracie, they have very different personalities. Nizhodé moves at a slower pace. He is reserved and usually waits on other eagles to begin to eat before he begins eating. Although, the exception to that is a day when trout is on the menu. He can run almost as fast as Forrest and is always the first eagle to get his fish.