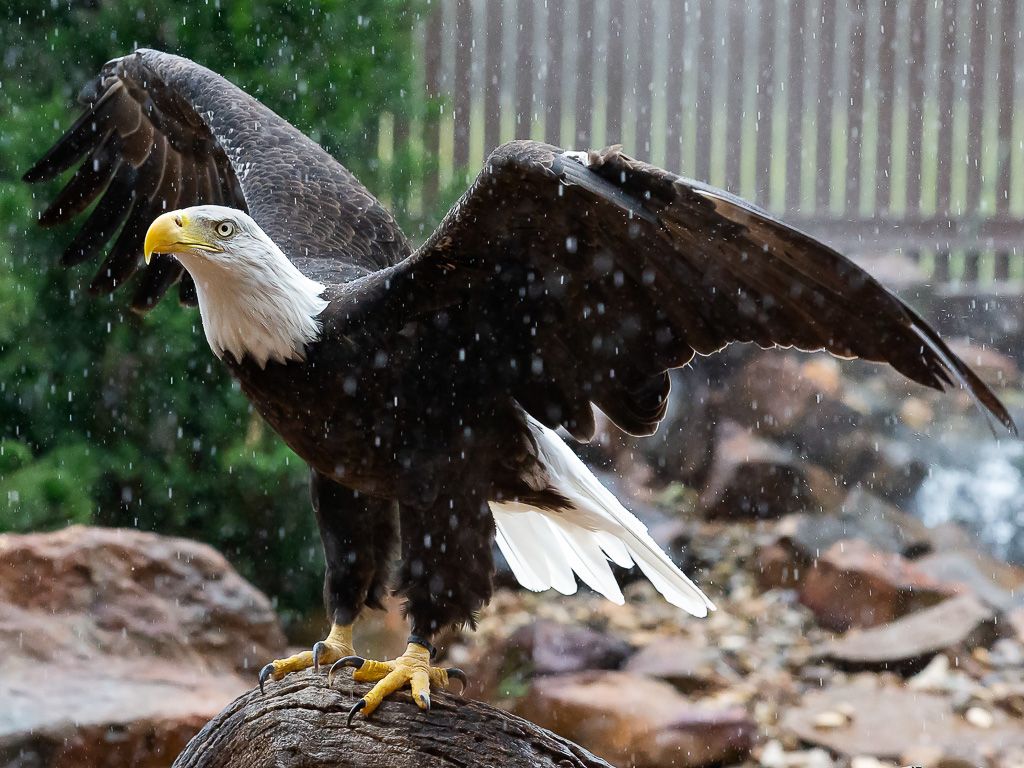 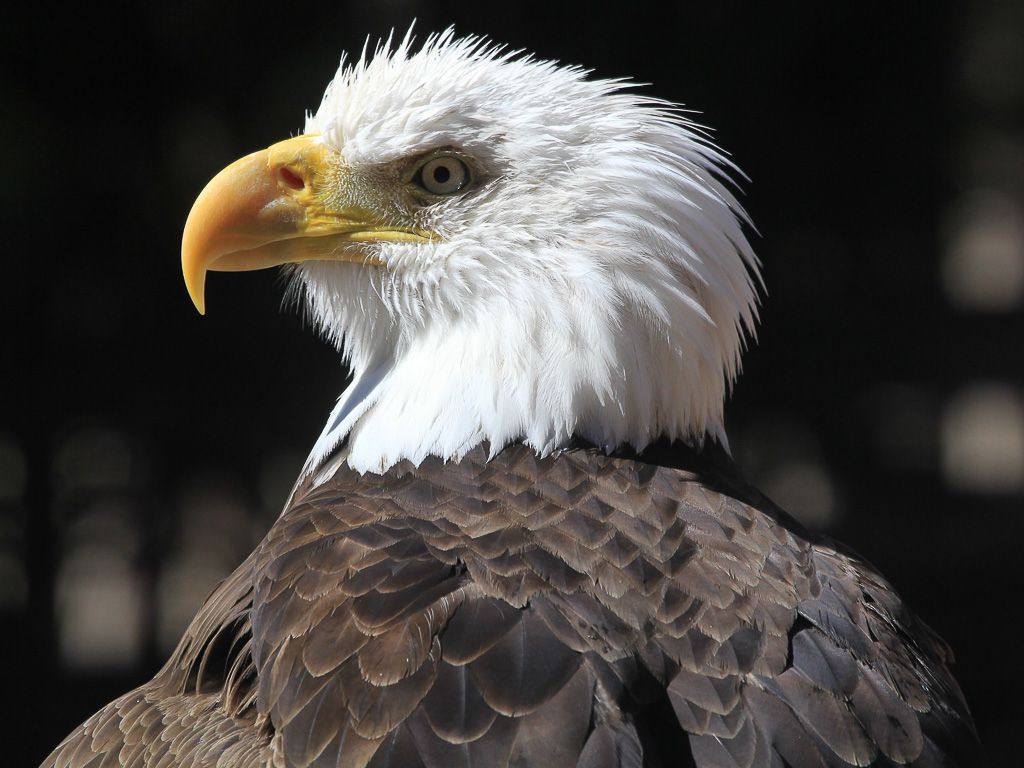 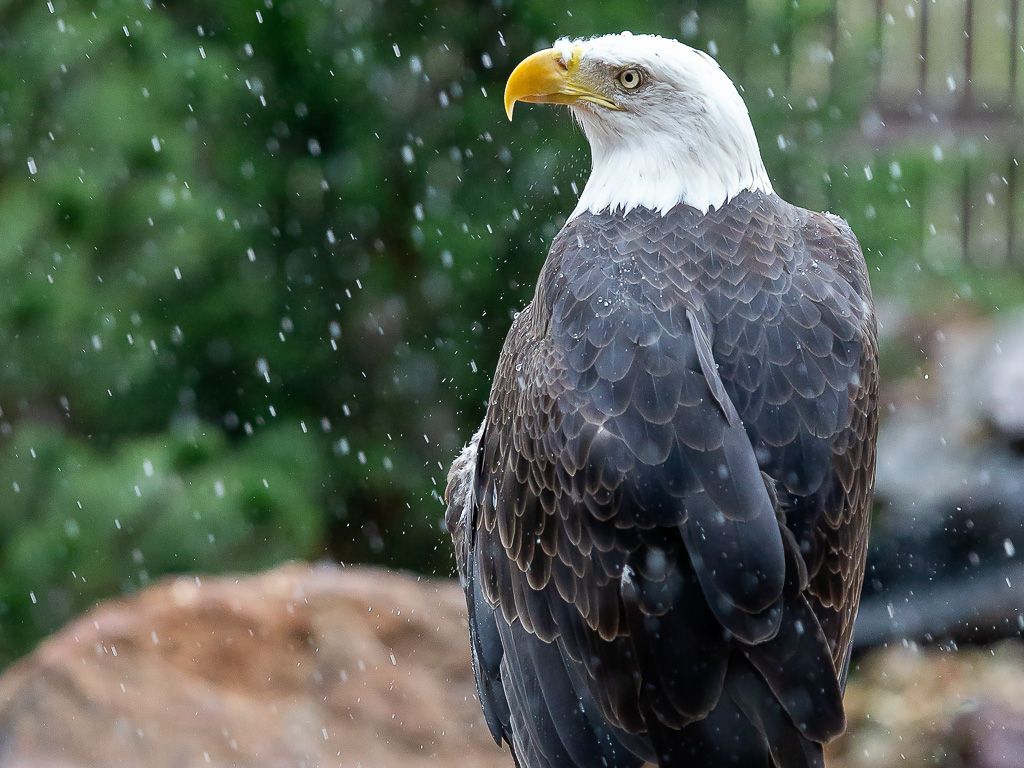 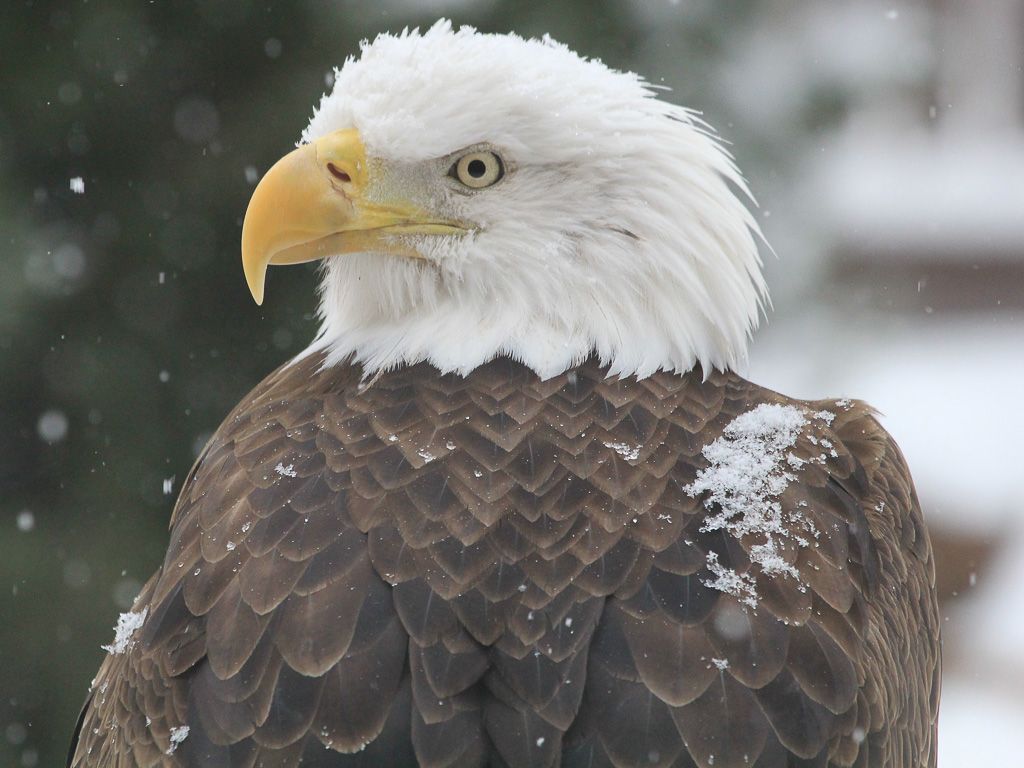 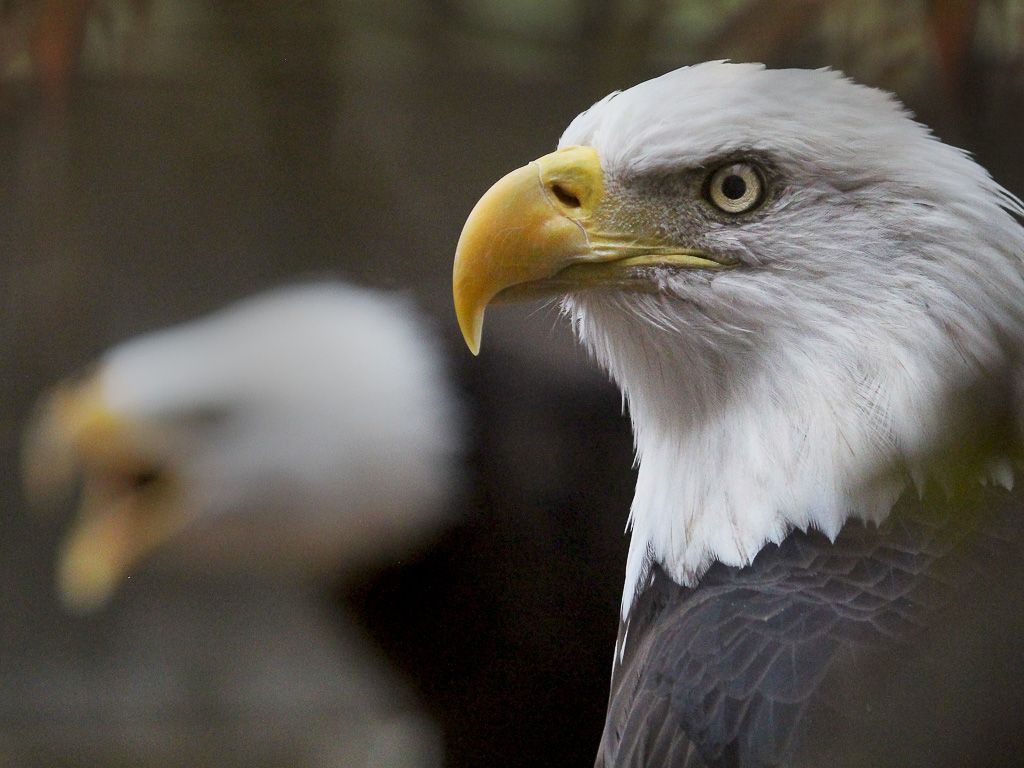 Flo was one of the first eight eagles to call the Aviary home. She was struck by a vehicle and taken to be treated at the Florida Audubon Society Rehabilitation Center before being transferred here.  Since she was from Florida, the nickname Flo stuck when she arrived. However, the following spring she began nest building and laid an egg. She was the first eagle to ever lay an egg at the aviary and although the egg was not fertile, she was given the Potawatomi name Nétem-nos which means First Mother.

She is very independent and a dominant force in the enclosure and although she isn’t aggressive, she definitely lets you know that she is in charge of her space. Flo is head strong and vocal and often greets visitors near the office viewing, batting her wings making to make sure she is seen. In the afternoon, she will sit on her favorite by the window, wings spread wide, and feathers ruffled, soaking up the sun before heading to cool off in the stream. She is partially flighted and on windy days she can’t help herself and she uses that added lift to fly from side to side of the half round enclosure. Visitors sometimes notice that she has one nearly white talon. Her wing along with her foot was injured and that talon now grows in a different color. She comes when she is called during feeding time and is always one of the first to eat and bathe. Mskwabimesh is quite taken by her and he has been the only male besides Archer that spends time