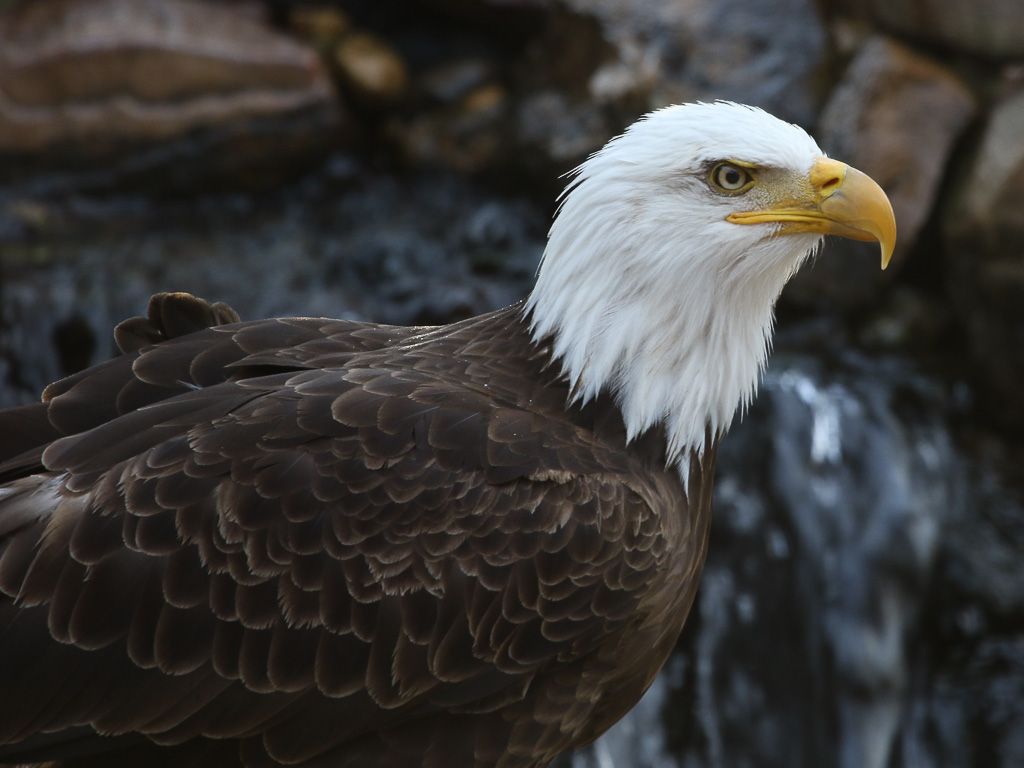 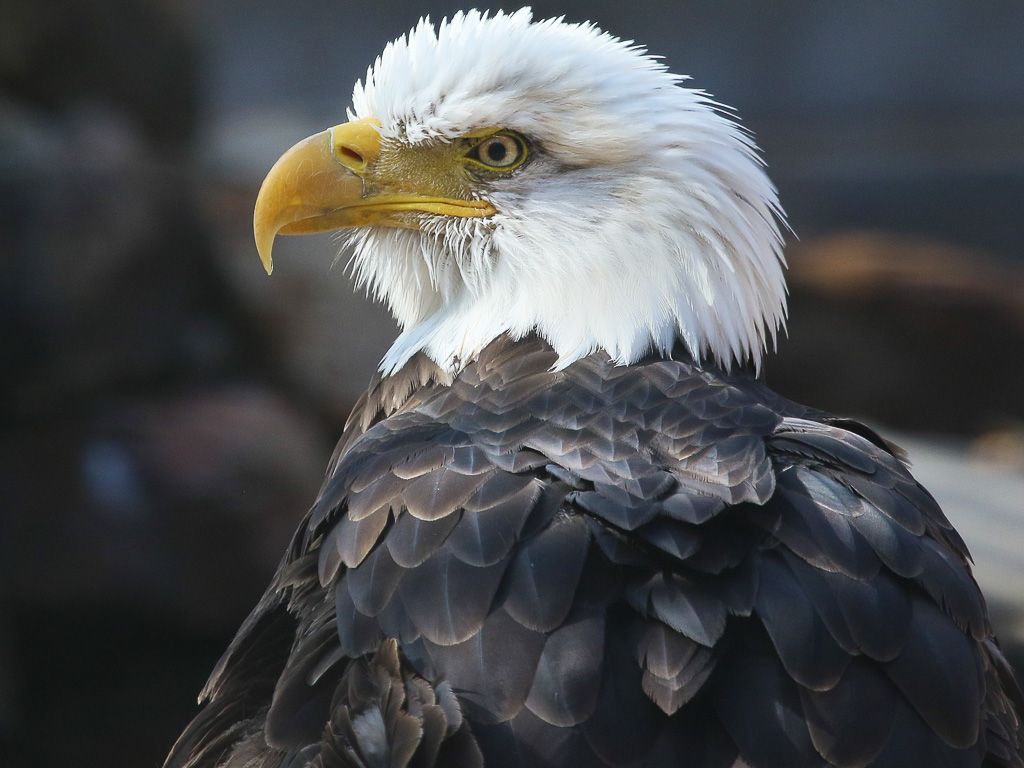 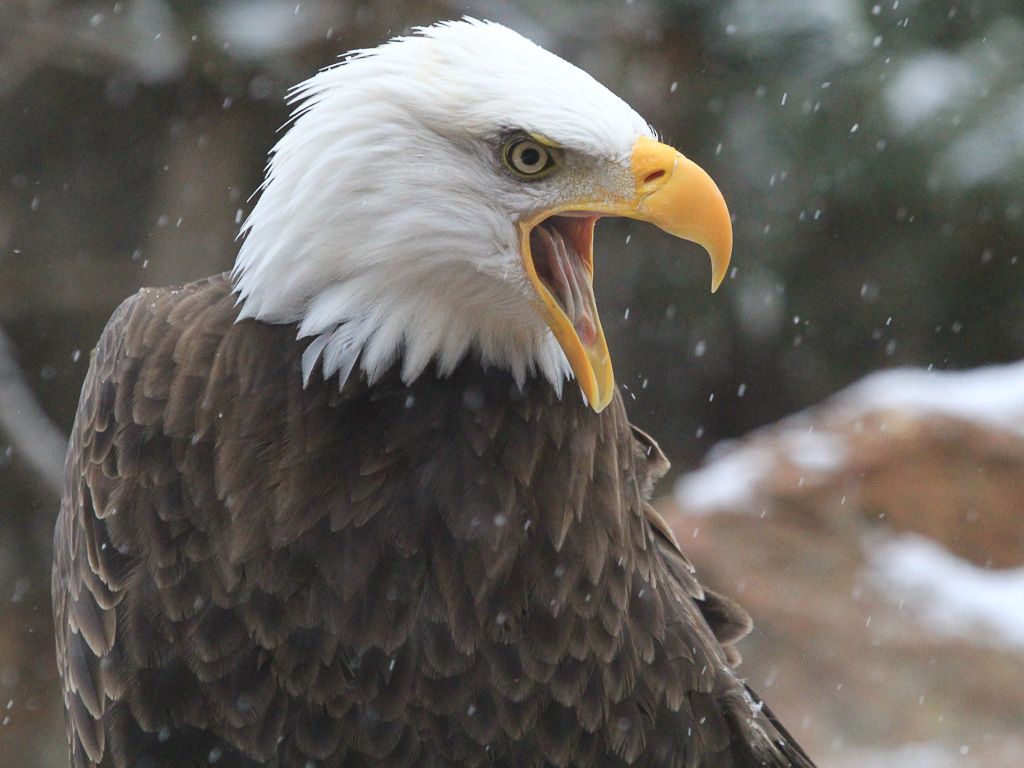 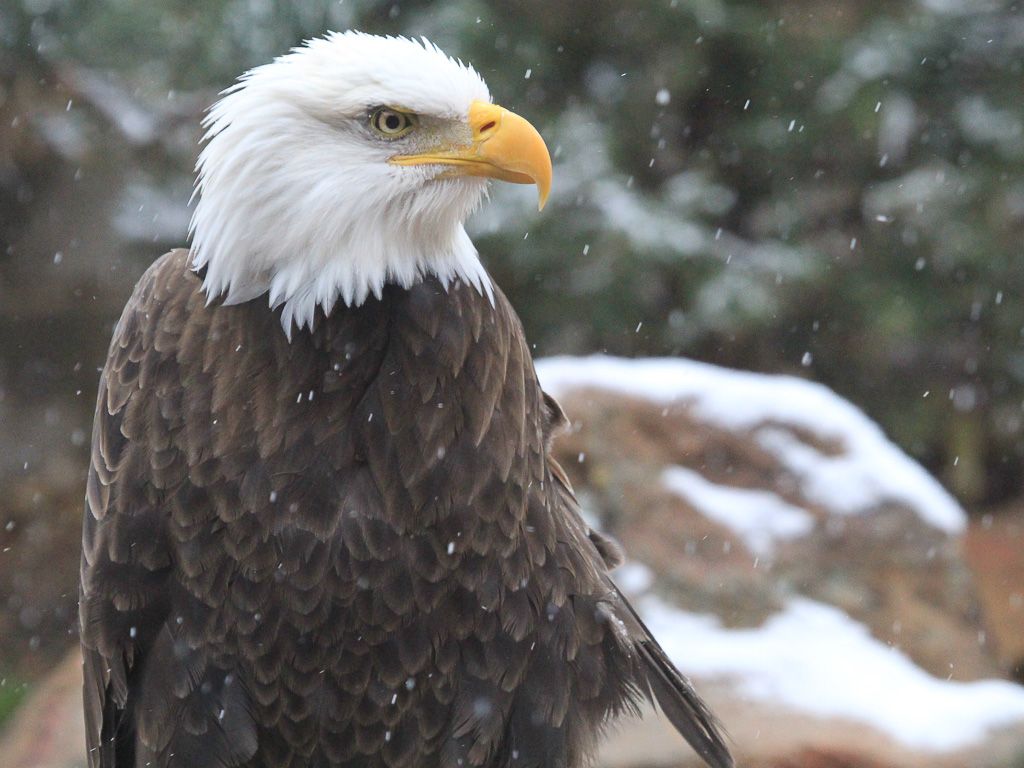 Mskwabimesh was found in Nebraska and was taken to Raptor Recovery Nebraska for treatment of injuries sustained after a falling from his nest and encountering an unknown predator while on the ground. Betsy Finch of RRN had already spoken to the CPN Aviary about placement for another Sub-Adult Bald Eagle which had come in around the same time and she felt strongly about keeping the two eagles together. We agreed to come get them both.

After his arrival he required a second surgery on his wing. The first surgery had not healed like we had hoped. After consulting with Oklahoma State University Animal Hospital, the decision was made to remove another portion of his wing to give the wing a better chance of healing properly. Some eagles might not adjust to this type of disability but at his young age he has adjusted well and has had no further complications. Mskwabimesh was the first Eagle at the CPN to have an official naming ceremony held in his honor. He was given the name red willow because in his young life he has undergone several surgeries but is strong and resilient, much like the willow used to build our wigwams and lodges. Just as the red willow loves water, so does he. He is one of our biggest bathers. The first time he was released into the enclosure he immediately made his way to the stream and hopped right into the deepest portion of the water where he completely submerged himself as he bathed and stayed until every feather was soaked. He looked like a child at the water park on the first day of summer. He had surely missed the water when confined during treatment. Today, he is still bathes with the same enthusiasm and is one of the first Eagles to get in the spray from the misting system when it comes on. His favorite perch is atop the waterfall as close as he can get to the spray nozzle. Visitors often have the chance to see his antics. As a young eagle we have seen him progress from the phases of terrible twos to his mischievous threes to adulthood, although not much has changed other than his plumage. He is playful and picks at the trees and grasses in the enclosure. Some plants haven’t survived. Sometimes he pounces on rocks in the water, grabbing them with his talons, he carries them away with him. He has a small piece of driftwood that he has claimed as his own. He guards the driftwood, stalking and leaping at it as he perfects his hunting skills. He is very vocal and will often pester other birds by taking their food away or nipping at their tail feathers when he wants attention. He has taken to Flo, a southern female Bald Eagle, and spends most of his time perched near her.