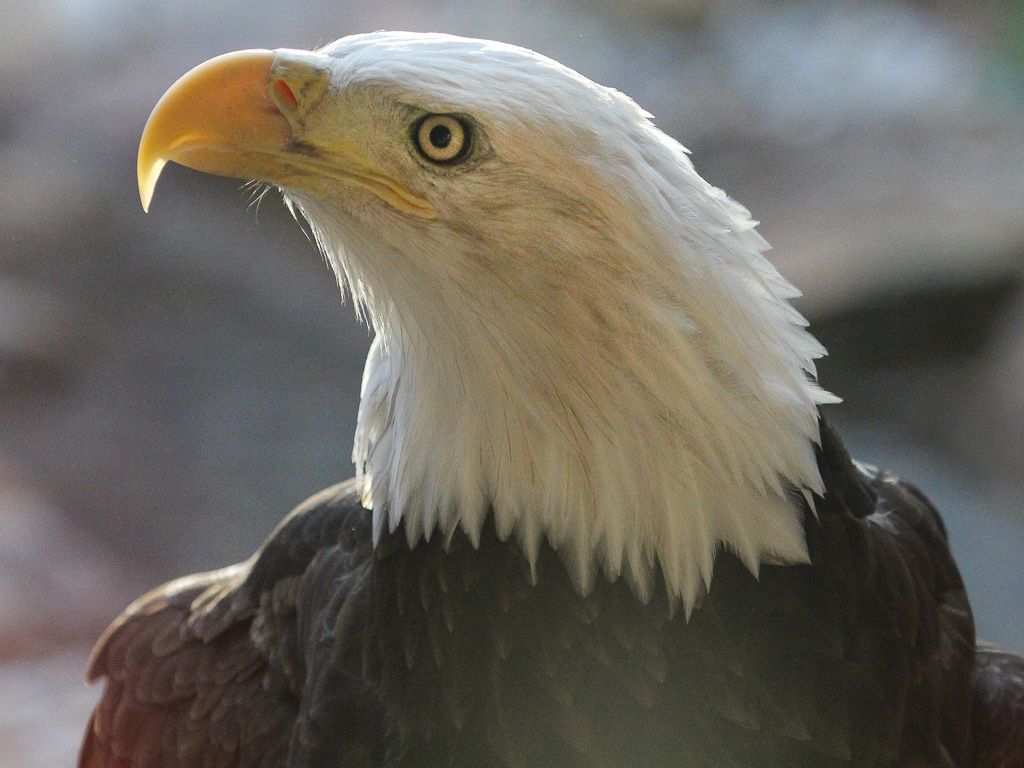 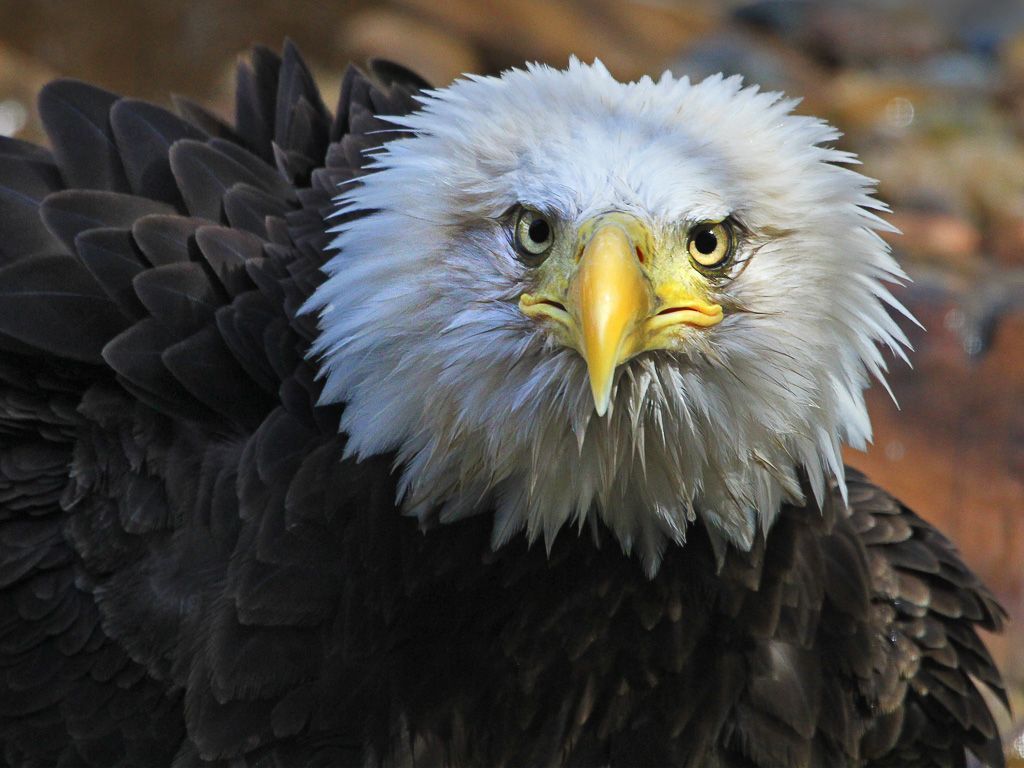 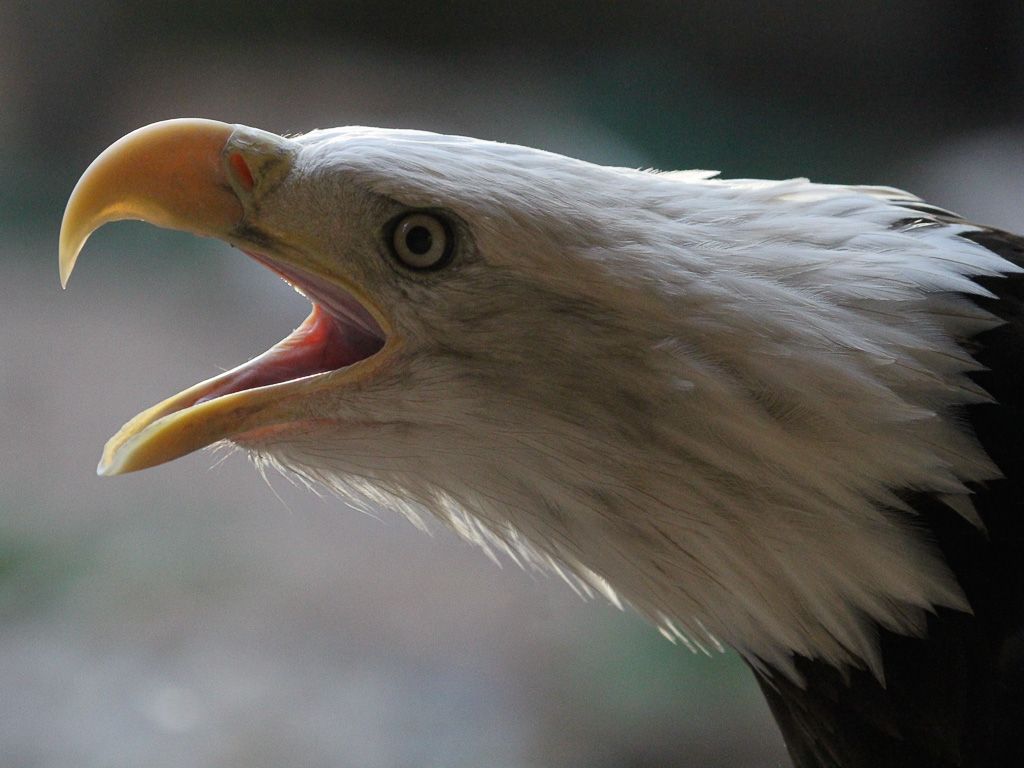 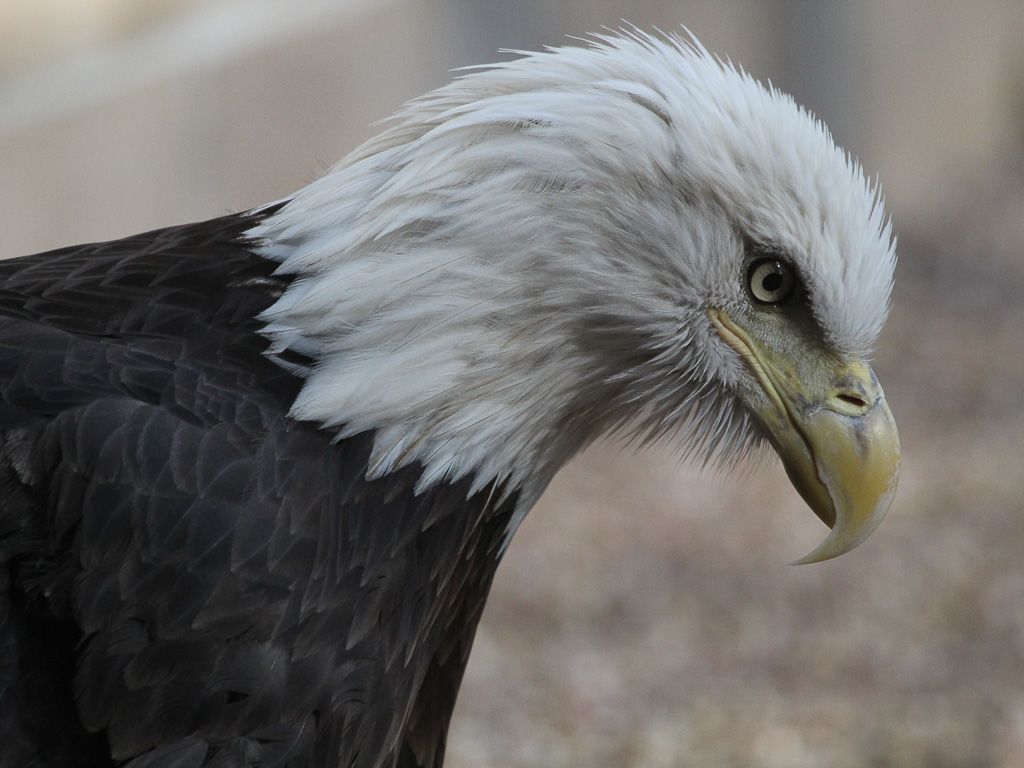 Just a few short months after the aviary opened in 2012, U.S. Fish and Wildlife Services contacted the Aviary seeking an emergency placement for several eagles that were temporarily being housed by Kate Davis, Director of Raptors of the Rockies in Florence, Montana. Plans were set in place for staff to drive up and bring them home. On the trip back, they could hear one eagle clanking her beak on the front of the kennel door. When they raised the blanket from her kennel she would peer out and stretch to see what was going on. She seemed more comfortable when someone sat near her kennel as well. The limited paperwork provided stated “Kyla” was found in July 2008 near the town of Kila, Montana, as a fledgling that sustained several breaks to her right wing.

After settling in Kyla was given the name Kche-Gizhek which means big sky to honor the place that she comes from as well as her big personality. She is often perched just a few feet from the office window where she greets visitors by throwing her head back and calling loudly. She takes the biggest baths, slinging water outside her enclosure as she splashes and immerses herself completely in the water. When she arrived, her beak was still changing from the dark color of a juvenile and she had streaks of brown on her head and tail. She has matured here. One of the aviary’s first eagles, Charlie, instantly took to Kyla after they were introduced. The two then began trying to build a nest the following year, which is often unusual for birds in captivity. Kyla and Charlie started pulling twigs and branches off the greenery in the enclosure, so staff provided nest material for them to use. Kyla laid her first eggs in 2015 but broke them due to inexperience. In 2016, she laid again, but the eggs weren’t fertile. However, March 21, 2017, an egg hatched, and the eaglet later named Mko Kno was welcomed into the world. This not only marked the first time that an eagle was hatched here but that eaglet would grow to become the first eagle hatched and released from a Native American Aviary on Sept. 20, 2017.

Kyla has truly come full circle. While we do not know all the challenges led to her need for placement, we know she was severely injured as a young bird and she didn’t completely understand how to eat whole food when she arrived. Laying an egg and successfully raising her own chick alongside Charlie represents a healing process and highlights her resilience and reminds us that when given a chance with the right support anything is possible.