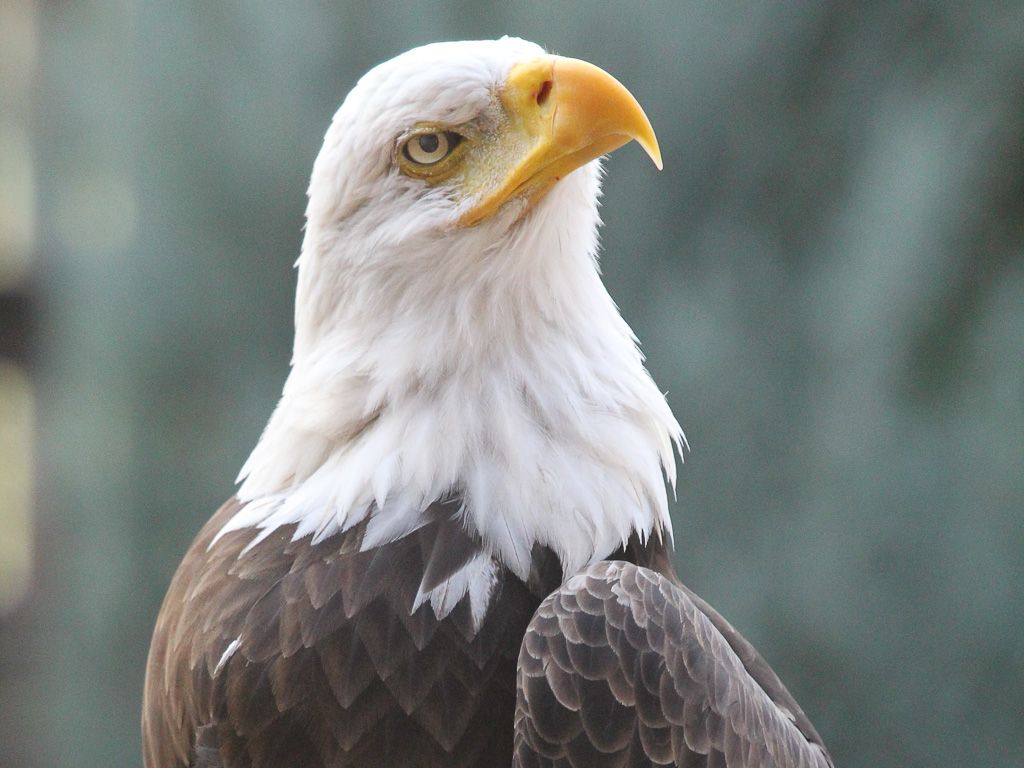 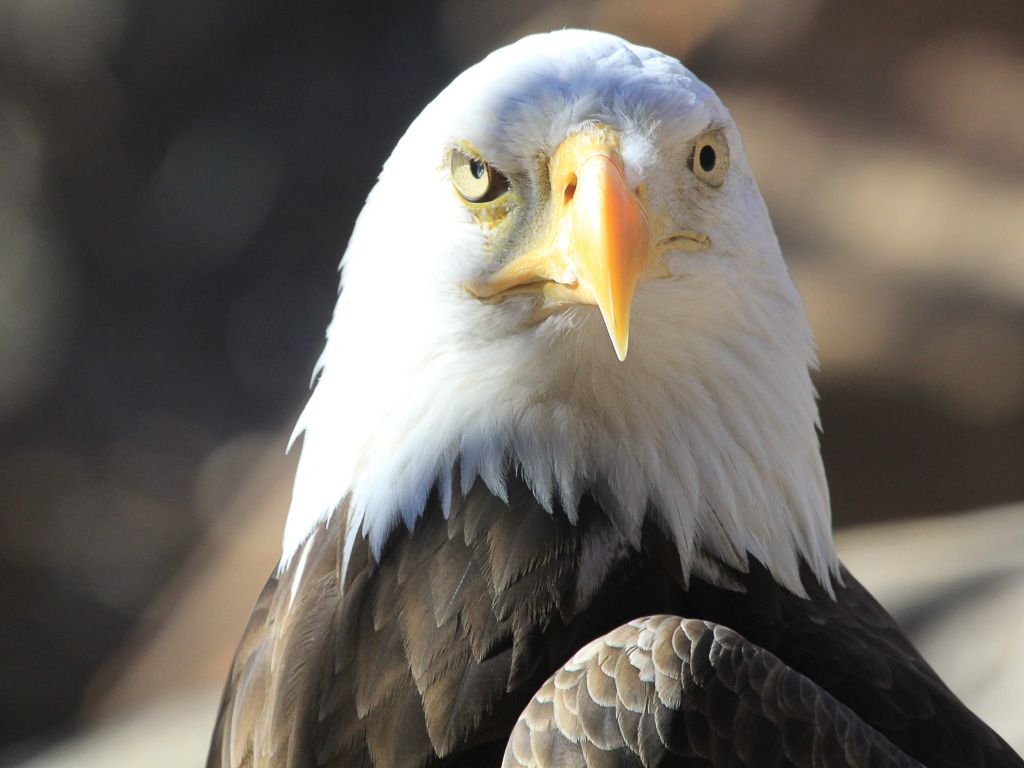 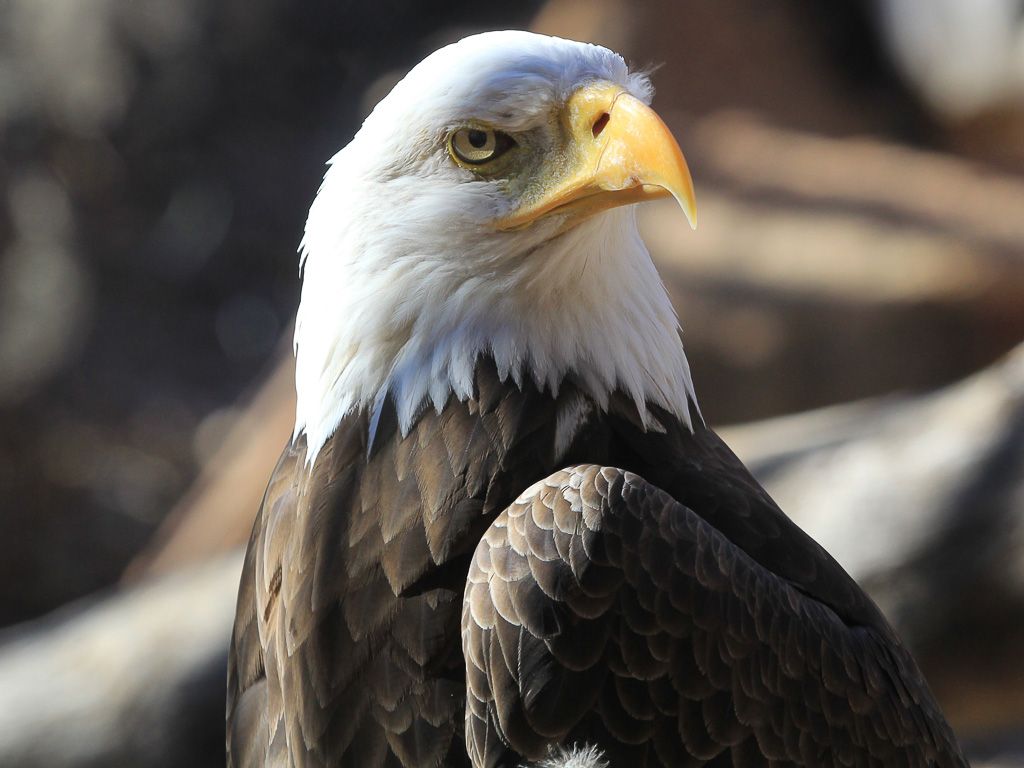 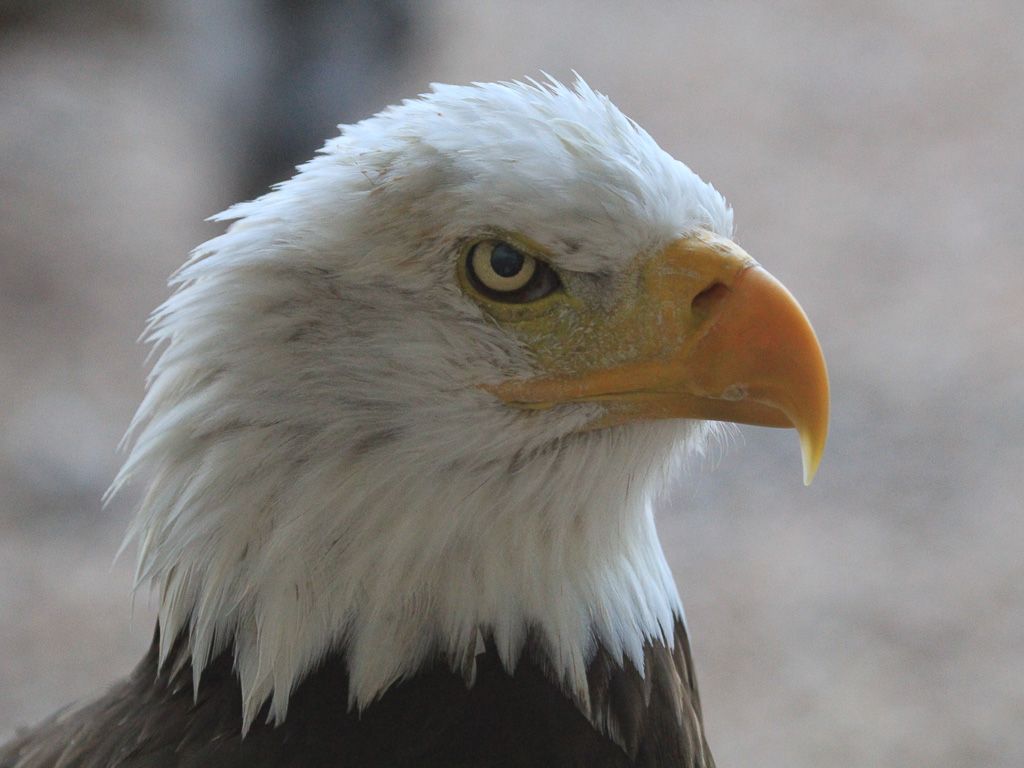 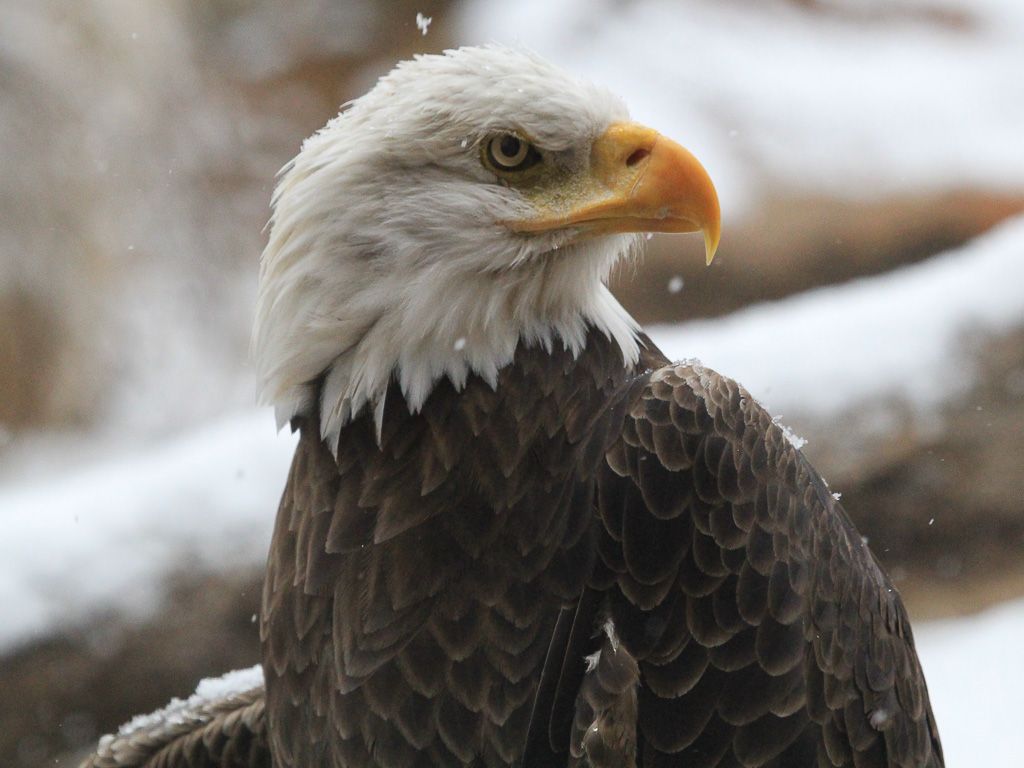 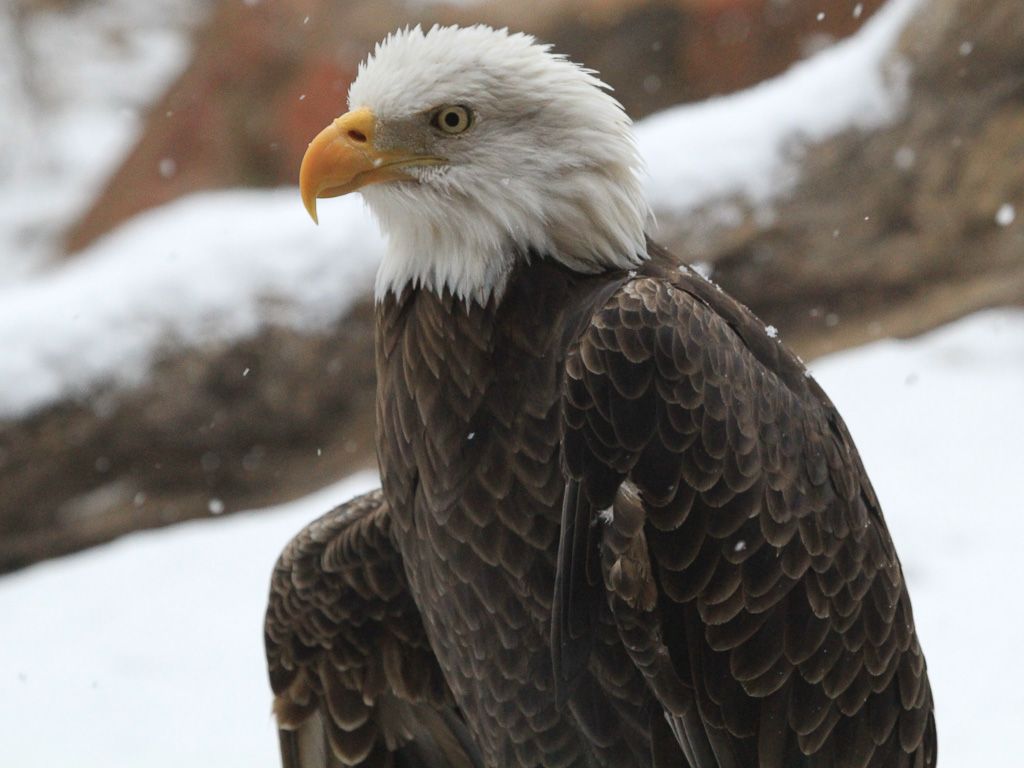 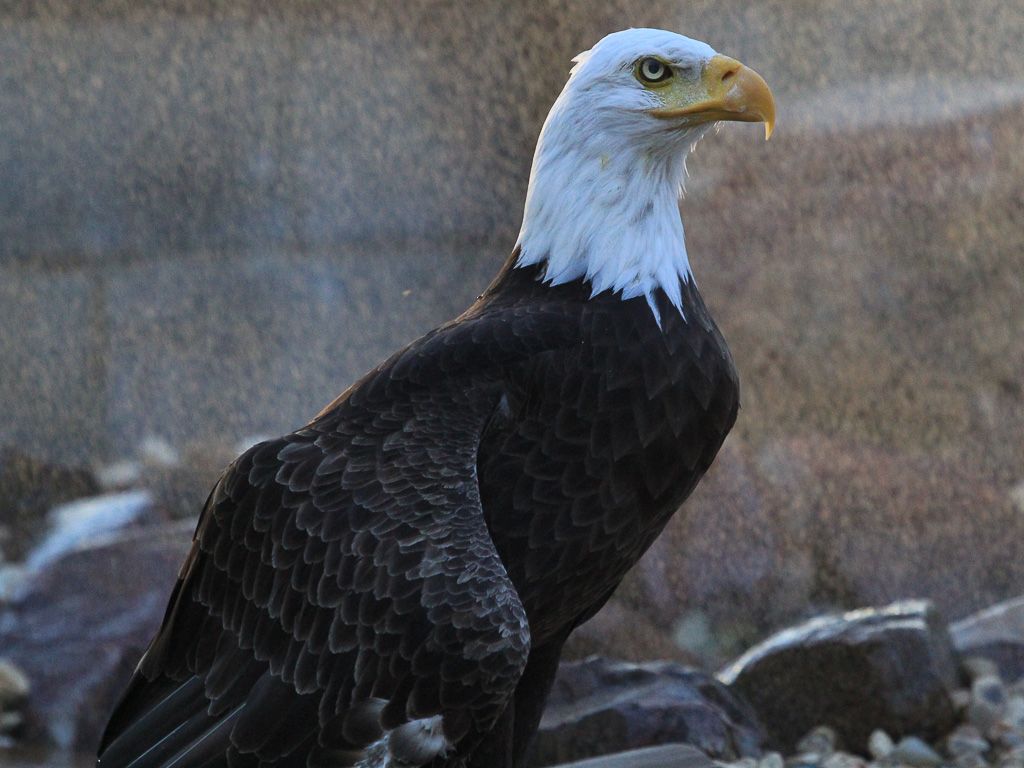 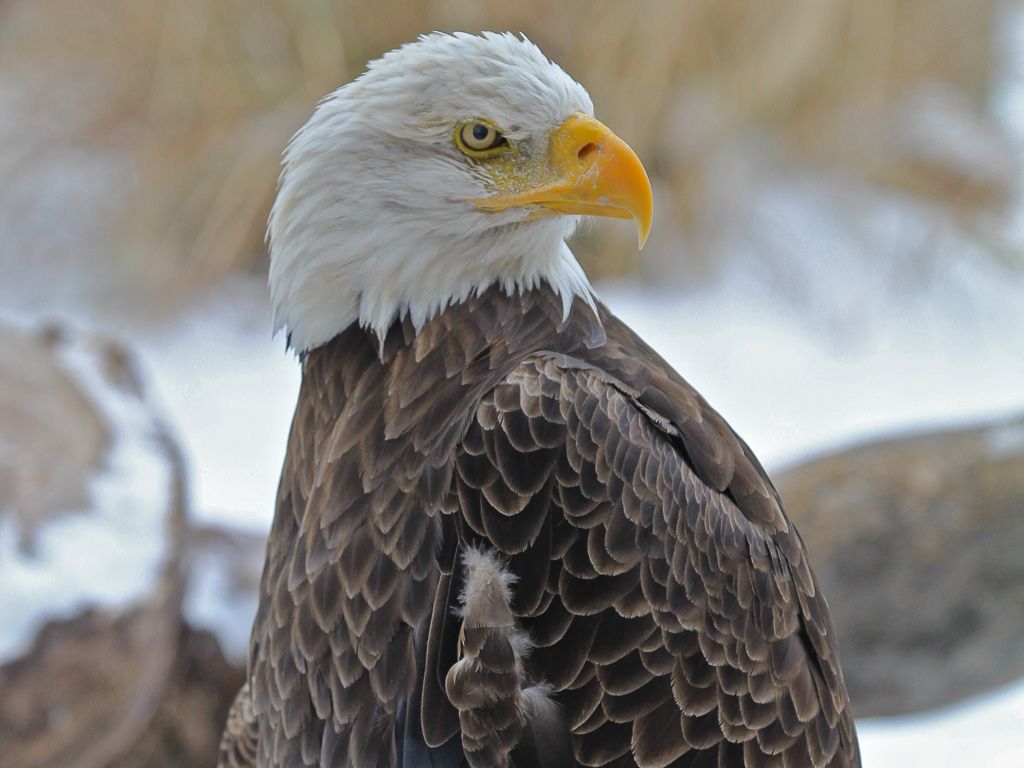 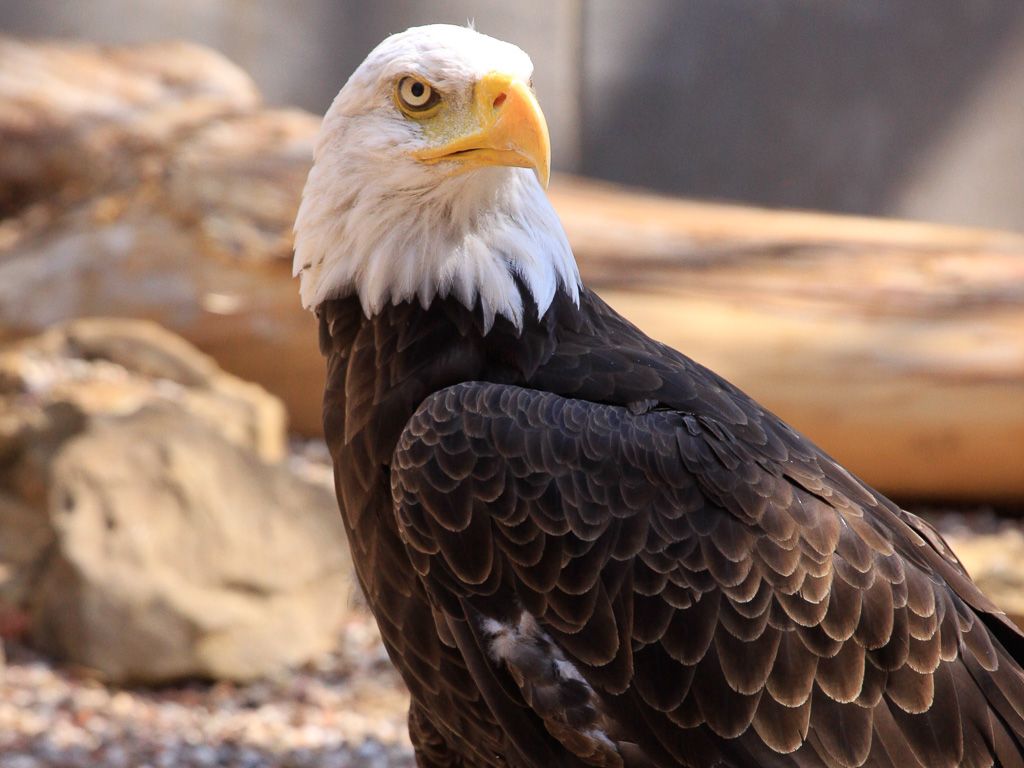 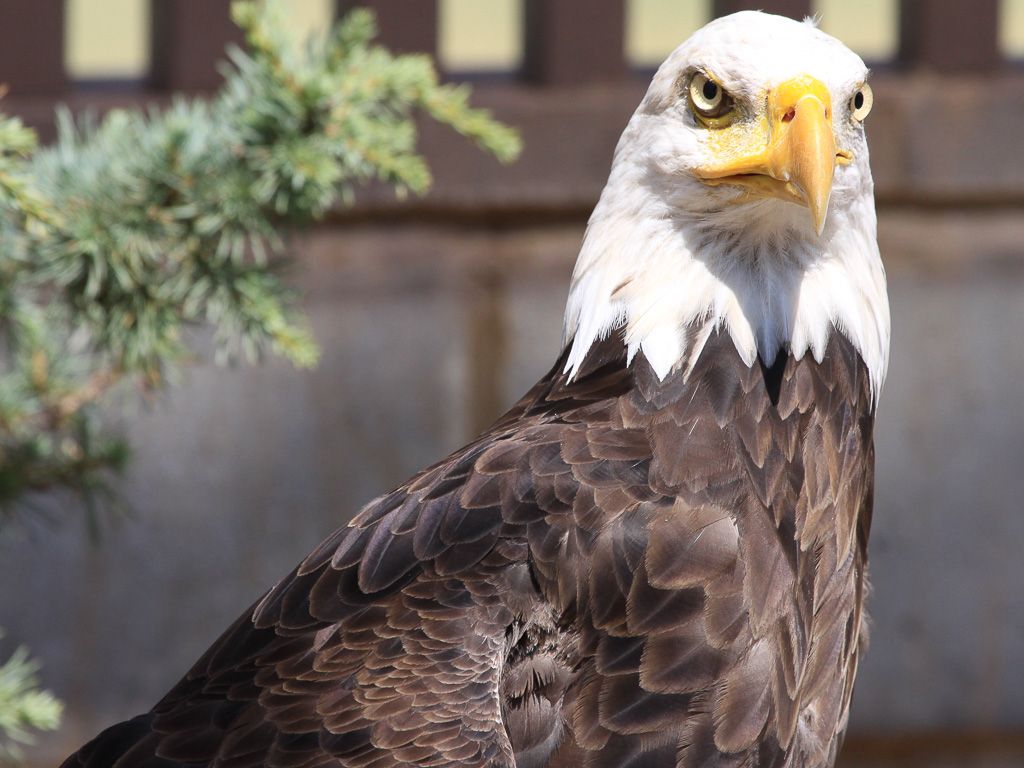 Archer was one of the first eight eagles to call the CPN Aviary their permanent home. However, Aviary Directors, Jennifer Randell and Bree Dunham, had the opportunity to meet Archer long before then. In the fall of 2008, they began a portion of their hands-on training at Sia: The Comanche Nation Ornithological Initiative and became acquainted with him there. He was transferred to Sia in 2005. As construction of the CPN Aviary was nearing completion the decision was made to transfer several eagles from Sia that Jennifer and Bree had become close to over the course of their training there. Archer was one of those eagles.

While a vehicle collision left him with a wing droop, visitors generally comment about the shape of his beak being completely different on each side and are surprised to learn that difference was not a result of any injury. He simply hatched that way. He is a peaceful soul who spends most of his time perched near the office window even during large tours. He knows the routine and will often meet aviary staff at the door during feeding time. Archer loves to sit in the spray of the misting system. Even on cooler days when it does not come on, he stands in his usual place waiting. He knows if he waits long enough the staff will indulge him for a short shower. When he first arrived Jennifer and Bree tried to find a name that fit his personality and had yet to settle on anything. But a name finally came in an unusual way. One evening during ceremony the fire keeper asked the group to pray for a young tribal member who was only a few days old that would have to undergo a life-threatening surgery to correct a birth defect. The child’s name was Archer. It seemed fitting knowing that we are all “hatched” differently and can thrive if given the chance. To everyone’s delight the Archers were introduced to one another several months later and both are doing well.