An EF-4 tornado struck the Little Axe and Shawnee Twin Lakes area on May 19, 2013, damaging hundreds of homes and leaving many families without a place to live. Pottawatomie County residents and those from surrounding areas flooded local aid relief agencies to pitch in on recovery.

The F-5 tornado that wiped out parts of south Oklahoma City and Moore the following day only exacerbated the outpouring by those wanting to help. In total, there was more than $2 billion in damages in central Oklahoma.

The Citizen Potawatomi Nation opened a distribution site to help the victims and offered toiletries, baby items, water, food, clothing and debris removal equipment. The Tribe and its employees also donated $5,000 to the American Red Cross, prepared meals for first responders and manned numerous Tribal offices that were donated free of charge to FEMA and other organizations. The American Red Cross established headquarters at a brand-new office building near the Grand Casino Hotel & Resort during the crisis.

Many worked through the night and next several days, assisting other agencies in relief and rescue efforts including the Citizen Potawatomi Nation Police Department and emergency management team. FireLake Discount Foods provided brown bag lunches to first responders and others. Grand Casino Hotel and Resort hosted law enforcement agencies as they coordinated their response and provided space for a temporary cell phone tower, since some towers in the were are not functioning. The Oklahoma Blood Institute also held blood drives at FireLake Entertainment Center, and CPN’s FireLake Designs donated proceeds from a special offer to tragedy relief funds.

In 2014, Citizen Potawatomi Nation won a Charitable Beacon Award and governor commendation from Governor Mary Fallin in part for the Tribe’s recovery and service efforts during that time.

Afterward, CPN took over costs and emergency dispatching for Pottawatomie County in October 2015, apart from the city of Shawnee. The Nation has improved rural emergency communications in the larger community throughout the next several years by constructing multiple radio towers and installing new, technologically advanced equipment for faster and smoother response to similar crises. The Tribe also used grant money to construct storm shelters at houses and CPN establishments. 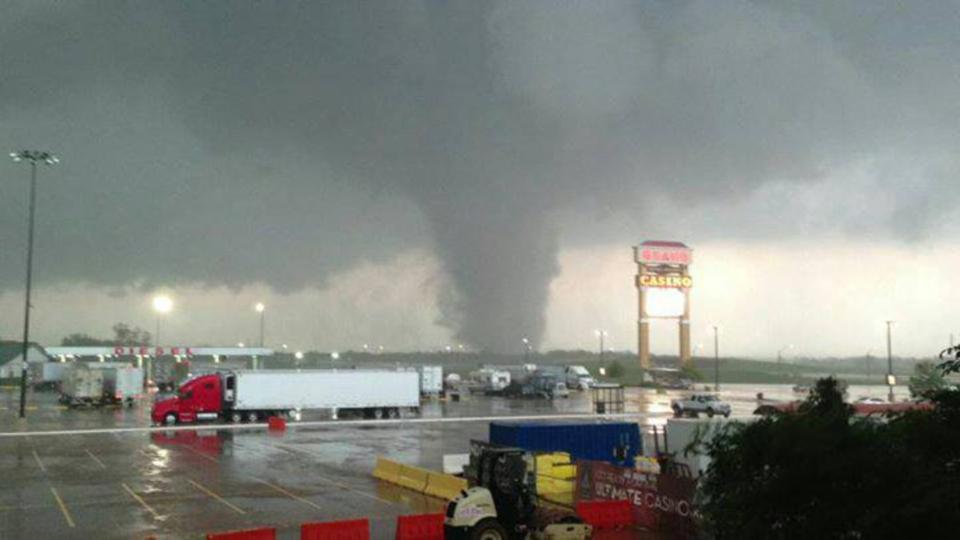 View of tornado from Grand Casino