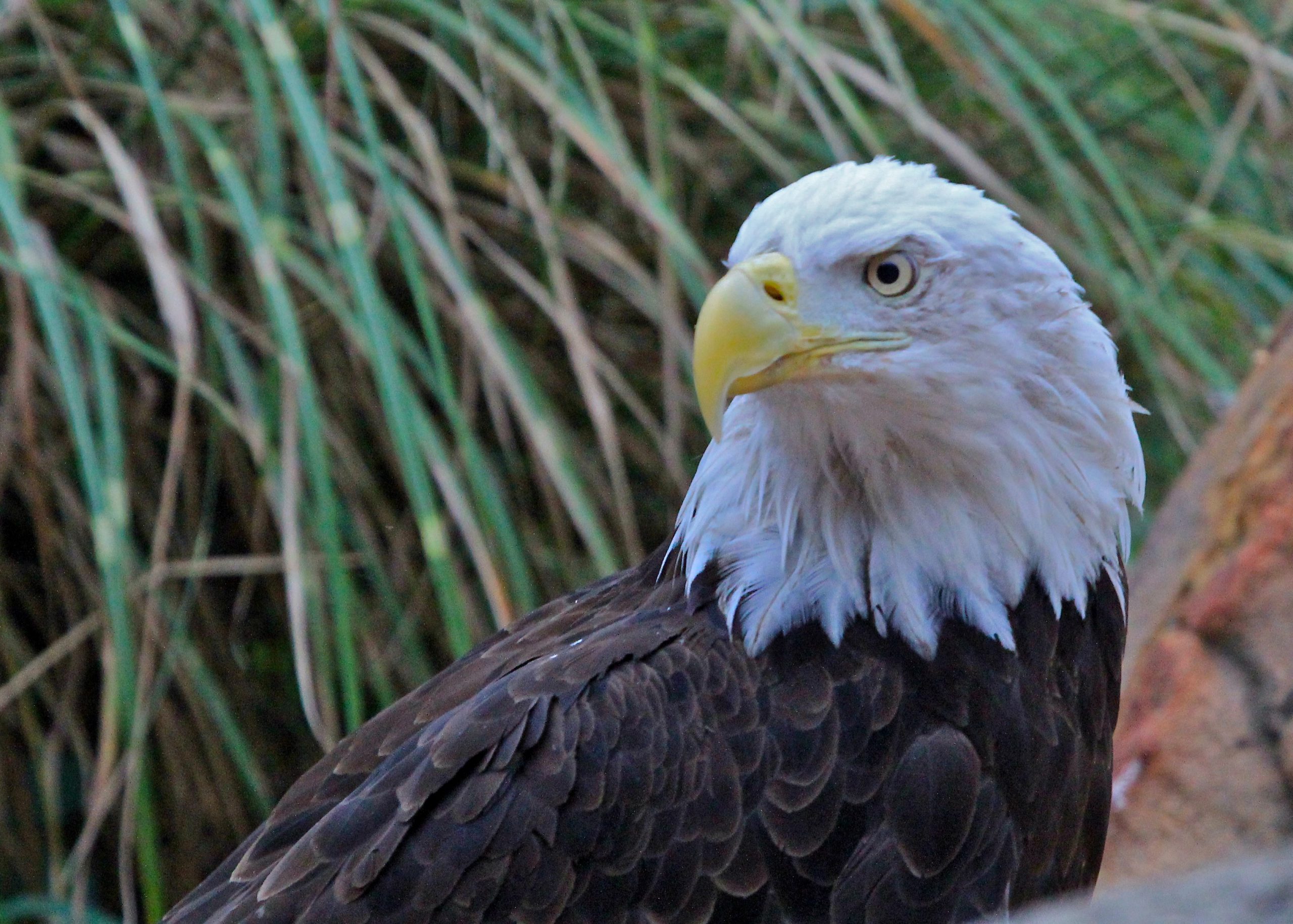 Sometimes after many transfers, there is little information passed along with an eagle. All rehab facilities keep different levels of records, some are detailed, and some are very basic. Ideally, we like to know the history of how a bird became injured and all of the medical histories that go along with that as well as their behavior and personality. Occasionally, there is nothing but a current health certificate and the transfer paperwork when an eagle arrives, and that was the case with Wizhgdé’é. Before finding her permanent home here at the aviary, she was housed at the World Bird Sanctuary in St. Louis for several years. The paperwork had listed her as a non-releasable female with a wing fracture resulting in the poor extension of her wing. Where she was found and the circumstances surrounding her injury are not known. Upon her arrival here in June 2013, it appeared she had suffered a minor stroke during the trip. This could have happened as a result of the stress of transport. No matter what precautions are taken to alleviate any stress on the bird, the move from one place to another is hard. She had a severe head tilt, her wing drooped on that same side, and she was just barely able to walk.
The veterinarian’s recommendation was to closely monitor her condition while she was confined and separated from the other eagles. After several weeks, she was able to eat on her own and rapidly improved. Her balance returned as the head tilt dissipated, and she began to hold her wing up evenly, but her right eye was starting to grey. Unfortunately, she had lost sight in that eye. She was given the name Wizhgdé’é which means “Strong Hearted” because, for all she had been through, her spirit was not broken. Once she recovered, she settled in and found her place in the enclosure. Limited sight can often make an eagle jumpy or defensive, but she had a peaceful and almost humble demeanor about her. Most evenings she sat on her favorite perch in the shade of a small pine tree. She loved rainy days and paddled her wings while dancing in circles when the rain began. Although the transfer here was difficult, it certainly was her last. She felt at home and content in this peaceful space.