As American expansionism pushed land-hungry Americans west, the rapid admission of former Native lands, either through outright violence or forced coercion, reignited debates about the institution of slavery as practiced by Southern-American states. In the early 19th-century, conflict erupted as slave-owning states advocated for an equal number of slave states to be admitted for every free state, leading to instances of significant violence such as “Bleeding Kansas.” By the mid-1850s, legal challenges favoring abolition greatly exacerbated these tensions between the North and South.

In order to protect a Southern economy driven by the enslavement, torture, and policing of Black families, Southern states led a political coalition to secede from the United States. The secessionist states became known as the Confederate States of America, and, soon after their assemblage, attacked a number of United States Forts including Fort Sumter in South Carolina. Tribes that supported the Union at the outset of war included Potawatomi, Creeks, Seminole, Kickapoo, Shawnee, Huron, and Ottawa nations, among others.

CHRONOLOGY OF THE CIVIL WAR

The American Civil War lasted four years and had devastating long-term effects on the American population. The fighting force of the Confederate Army proved to be both misguided and mismanaged in their war strategy, with desertion rates numbering in the tens of thousands as the war carried on. The Confederacy relied heavily on conscription (April 16th, 1862 Conscription Act passed by the CSA) in addition to the wholesale theft of food stuffs from communities across the South throughout the duration of the conflict. In the waning years of the war, Southern states found their cities under siege and their armies composed of children and the elderly.

Ultimately, the war’s end ushered in a new period of political turbulence in the United States as the eyes of the nation shifted westward once again. By 1877, Southern Reconstruction was abruptly ended to support the growing interest in “civilizing” the American west. The Kansas Potawatomi were not spared this sea of settlers, and would once again find themselves inundated by American traffic as an influx of outsiders lusted after the land they were promised in perpetuity. 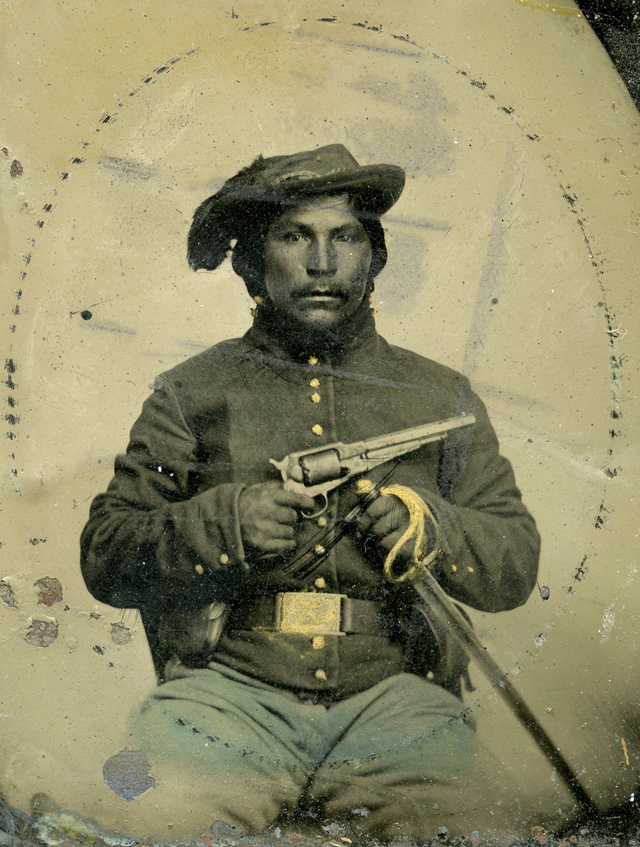